The pop star will design shoes and clothing for the athletic wear brand.

Adidas (ADDYY 3.40%) will collaborate with pop star Beyonce Knowles in an exclusive partnership, a move the athletic brand is betting will pay off with younger consumers.

The decision, announced on Thursday, makes Beyonce the brand's most recent celebrity collaborator, which adidas calls its "creative partners." Other celebrities who work with the sneaker company include rapper Kanye West, designer Alexander Wang, and actor and musician Donald Glover.

Beyonce will design her own line of sneakers and clothing for adidas, as well as revitalize her streetwear brand Ivy Park, which was founded in 2016. 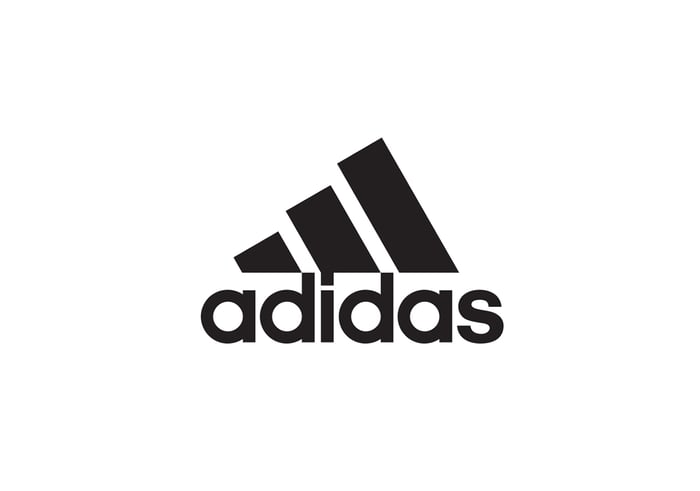 Adidas' decision to partner with Beyonce is perhaps one of the brand's most deliberate attempts at gaining market relevance. The company's multi-season Yeezy collaboration with West became a social media sensation, and the brand is now estimated to be worth around $1.5 billion. But Beyonce brings even more global exposure to the German brand in the ever-competitive world of athleisure.

Beyonce boasts a mammoth following social media -- she has the eighth-most-popular Instagram account, with over 126 million followers -- and is one of three female vocalists to have 20 or more No. 1 hits in their career. She has only toured seven times but routinely sells seats out in seconds. In 2016, when she released her most recent album, "Lemonade," Beyonce became the highest-paid musician but over 90% of her income came from touring -- not album sales.

Adidas likely recognized Beyonce's international appeal and showmanship: People like to listen to Beyonce, but they'll pay to see her. Imagine what they'll do when they can pay to start dressing like her.

"This is the partnership of a lifetime for me," Beyonce said in a statement. "adidas has had tremendous success in pushing creative boundaries. We share a philosophy that puts creativity, growth and social responsibility at the forefront of business."

Ivy Park, the star's streetwear brand, was originally a collaboration with Topshop billionaire Phillip Green. Beyonce bought out his 50% stake in the company late last year after allegations of sexual harassment and racial discrimination surfaced. The singer was applauded for her decision to take over 100% of the company, which she will be "relaunching and expanding" globally with help from adidas.

Celebrity partnerships in the sneaker world have long been the norm, with the most notable example being Nike's (NKE 4.38%) collaboration with basketball legend Michael Jordan. That partnership, which began in the 1980s, remains the gold standard for celebrity athlete collaborations. But adidas is catching up.

adidas brought in $21 billion in revenue in the 2018 fiscal year, compared to Nike's $34.5 billion, on a constant currency basis. Yeezy revenue figures aren't publicly available, however it was only in 2017 that adidas -- the entire company -- doubled its footwear sales, reaching 13% to become the second-most popular athletic shoe choice in the United States and overtake Jordan. Jordan's popularity shed a third of its sales during the same period.

At the end of 2018, the combination of Nike, Jordan, and Converse enjoy approximately 44% of the market share whereas adidas comes in at number two, with 17%. But given Beyonce's immense popularity, and her already baked-in Ivy Park collection, her collaboration will almost certainly help to bolster adidas' overall presence.

More than a sneaker

Nike took a stand in its collaboration with former NFL quarterback and social activist Colin Kaepernick with a divisive advertising campaign that ran in late 2018. Adidas, however, watched from the sidelines and, in some cases, actively avoided wading into controversy.

For example, when West caused a social media firestorm after declaring his support for President Trump, adidas CEO Kasper Rorsted reiterated his support for the rapper, saying he doesn't "sign up" for West's political commentary but stands behind his "extremely successful" partnership.

Yet with Nike enjoying a jolt of buzz, increased support from a younger customer base empathetic to social causes, and  strong quarterly earnings that followed, it's possible adidas wants a piece of the pie. Just last month, the company rolled out a campaign to push for female equality and visibility in sports.

A collaboration with millennial-favorite Beyonce may firmly place adidas into the category of a lifestyle brand that so many apparel companies now strive to market themselves as. It's too early to tell what's in store for the partnership, but in a statement, the singer declared that she plans to curate a "unique purpose-driven program focused on empowering and enabling the next generation of athletes, creators and leaders."

Surely adidas will be selling more than just a sneaker.