Cadence Design Systems (NASDAQ:CDNS) stock popped 10.9% in March, according to data from S&P Global Market Intelligence. Shares of company, which provides design solutions for integrated circuits and electronic devices, have gained 49.9% in 2019 through April 3. 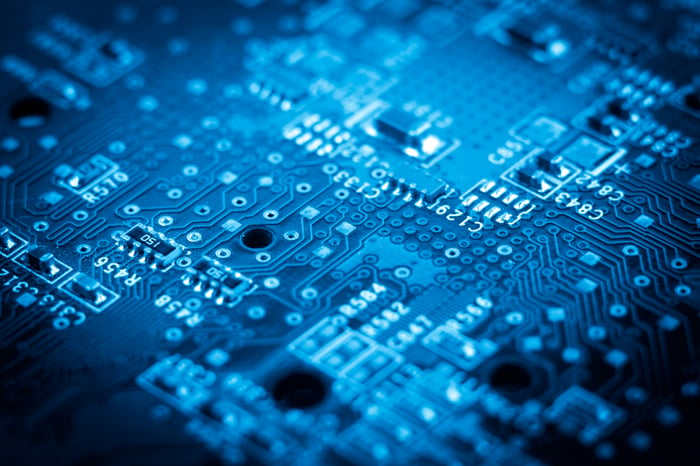 Cadence Design didn't release any significant news at the end of February, nor in March. However, on March 14, a Wall Street firm upgraded its rating on the stock. The analyst at Needham who follows Cadence raised his price target for it from $60 to $64  and kept his buy rating on the stock, according to financial news website The Fly. However, the stock only rose 0.8% following the upgrade, so that couldn't have been the main driver of the month's rise.

We can probably attribute the bulk of Cadence stock's outperformance in March to a continuation of the positive momentum it has enjoyed this year, which was driven by the company's solid financial results. On Feb. 19, Cadence reported fourth-quarter 2018 earnings that beat Wall Street's consensus estimates. Revenue was $570 million, GAAP earnings per share (EPS) came in at $0.35, and adjusted EPS was $0.52, easily beating the $0.47 that analysts were expecting.

At the beginning of 2018, Cadence Design adopted new ASC 606 accounting standards that changed the way it recognizes license fee revenue. Under the previous ASC 605 standards, its Q4 revenue would have landed at $579 million, a 15.3% increase year over year; GAAP EPS would have been $0.36, compared to a net loss of $0.05 in the year-ago period; and adjusted EPS would have come in at $0.51, a 30.8% increase. 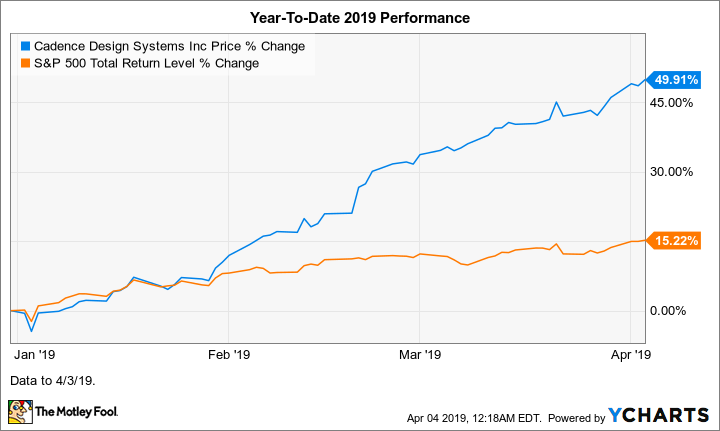 Investors should be getting material news about the company soon. While Cadence Design hasn't yet announced a date, it should be releasing its first-quarter earnings in late April. For the quarter, the company guided for revenue in the range of $565 million to $575 million, which translates to growth of 10.3% year over year at the midpoint. It expects GAAP earnings per share of $0.36 to $0.38, and adjusted EPS of $0.48 to $0.50, which equate to growth of about 42.5% and 22.5%, respectively.