The Brazilian financial technology stock has gained 60% since its October IPO.

StoneCo stock's fortunes have reversed somewhat in April. Shares dropped 8.7% on Wednesday, April 3, following the company's announcement of a follow-on offering of 19.5 million shares at $40.50 per share. The proceeds from the sale are going to the selling shareholders, not the company. In other words, some early shareholders -- the company went public in October -- are taking some of their profits off the table. Nonetheless, the stock is up 110% in 2019 and up 60.4% from its initial public offering (IPO) price of $24 per share. 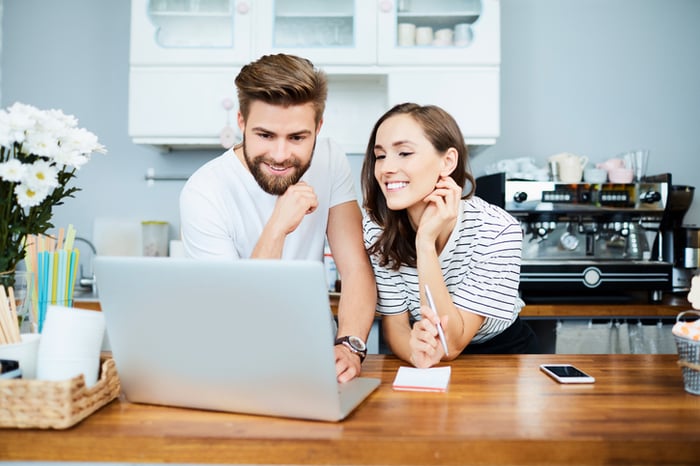 For the quarter, as my colleague Matt Frankel reported, StoneCo's revenue more than doubled year over year to $137.6 million (in U.S. dollars), beating Wall Street's $117 consensus estimate. Earnings per share (EPS) came in at $0.27, more than double the $0.13 analysts were expecting. Drivers behind these robust results included total payment volume surging 74% year over year and adjusted net margin jumping to 29.5% from 8.4% in the year-ago period. 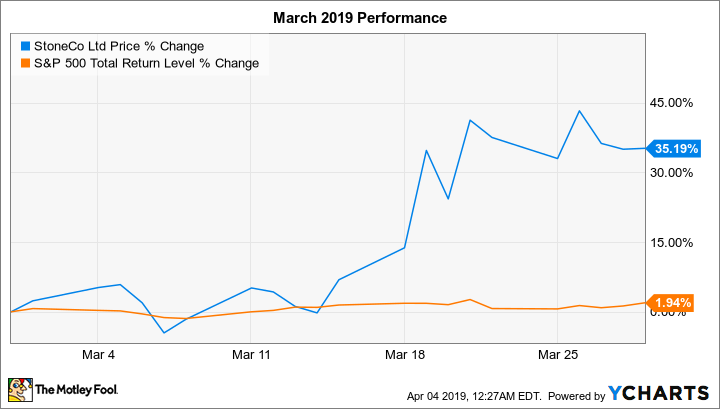 On April 1, StoneCo announced preliminary first-quarter 2019 results. In terms of the Brazilian real, it expects about a 60% year-over-year increase in payment volume and roughly 85% and 600% jumps in revenue and net income, respectively.

For the year, Wall Street is expecting StoneCo to grow revenue and EPS 62% and 114%, respectively, year over year.

Why Shares of StoneCo, Upstart, and Lemonade Are Falling Today
401%