Many investors love buying shares of highly profitable dividend-paying stocks with histories of giving their shareholders regular dividend increases over time. Such stocks don't tend to attract those looking to get rich quickly, but they can be very attractive to those who have already built substantial wealth or for those willing to build wealth over an extended period of time, using the power of compounding to their advantage.

If you're interested in such stocks, here are three companies that pay significant dividends today, have histories of consistent dividend increases, and whose businesses should support continued dividend growth for the foreseeable future: McDonald's (NYSE:MCD), Coca-Cola (NYSE:KO), and PepsiCo (NASDAQ:PEP). 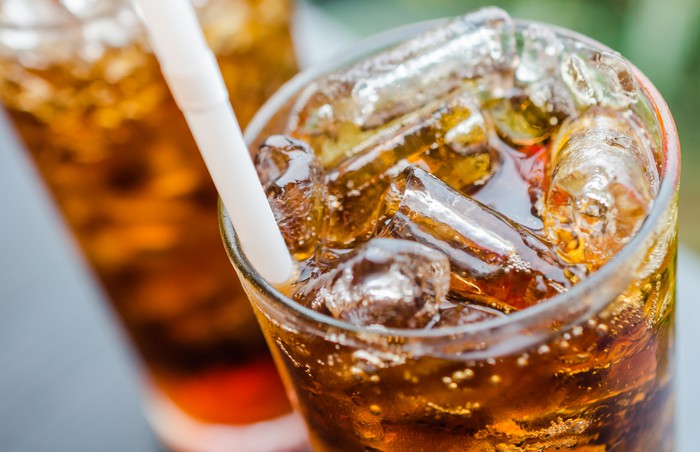 The fast-food giant is very generous about distributing the wealth to its shareholders, dishing out a quarterly dividend of $1.16, or $4.64 per share on an annual basis. That translates into a dividend yield of 2.44% based on the share price as of writing.

Another thing to consider is that McDonald's has a long track record of raising its dividend, with the company proudly pointing out on its investor relations website that it has "raised its dividend each and every year since paying its first dividend in 1976."

McDonald's isn't the sexiest stock, but it's a business that I think will be around -- and hugely successful -- for decades to come, something that'll allow it to not only keep paying a dividend but to keep its dividend increase streak alive.

One company that you've surely heard of -- and one that's a favorite of esteemed investor Warren Buffett -- is Coca-Cola. While you might know Coca-Cola for, well, its Coca-Cola product, the company also sells a whole host of other products under other brand names. Minute Maid, Honest Tea, Fanta, Sprite, and Dasani are just some of its other offerings.

Whether you're a fan of its products or not, Coca-Cola is a veritable cash cow, generating $6.28 billion in free cash flow over the last 12 months, which translates into $1.46 per share. The company allocates a large portion of that free cash flow to its quarterly dividend of $0.40 per share ($1.20 per share on an annual basis).

Coca-Cola is a longtime dividend payer, with a 55-year track record of consecutive dividend increases. What this means is that through good times and through bad, the company has not only been able to pay its shareholders, but it has been able to increase the amount that it paid them.

With an amazing track record and an attractive 3.41% dividend yield, Coca-Cola certainly belongs on the short list of any income-oriented investor.

Another great business is a key rival to the Coca-Cola Company -- PepsiCo. PepsiCo is another leading beverage maker that owns a number of top brands such as Pepsi, Mountain Dew, Aquafina, and Lipton Tea. What's interesting about PepsiCo, though, is that it's not just a beverage company -- it also owns many of the top snack brands, such as Lay's, Doritos, Cheetos, and Fritos.

PepsiCo, like the other stocks mentioned, throws off an incredible amount of free cash flow -- $6.13 billion, or nearly $4.31 per share over the last 12 months.

The company's current quarterly dividend payment is $0.927 per share ($3.708 per share on an annualized basis), meaning that the company is giving back about 86% of its free cash flow to shareholders.

Like both McDonald's and Coca-Cola, PepsiCo has an extremely long track record of both dividend payments and increases, with the company noting in its dividend announcement in February that it has "paid consecutive quarterly cash dividends since 1965, and 2018 marked the company's 46th consecutive annual dividend increase."

PepsiCo is another solid stock that income-oriented investors should take a close look at.