Amazon.com (AMZN -3.01%) already offers its Prime members discounts, free shipping options, streaming media, and a growing list of other perks. One of those new benefits is a free 12-month subscription to Nintendo (NTDOY -2.05%) Switch Online.

Nintendo Switch Online lets Switch gamers play games online and access a library of classic NES games. The individual plan costs $3.99 per month, $7.99 for three months, or $19.99 per year. Existing Nintendo Switch Online members can also sign up for Prime to add an extra year to their plans. 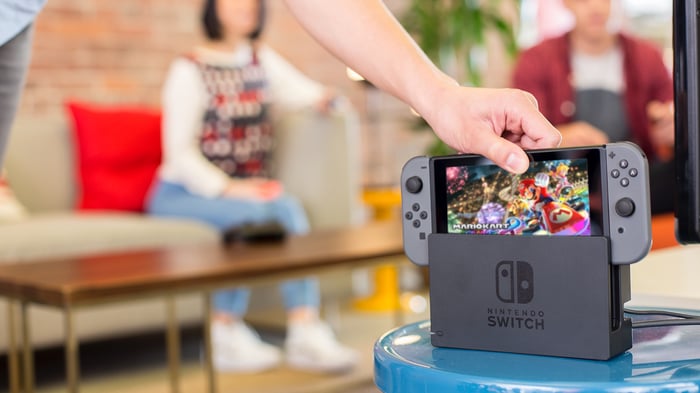 Amazon will initially provide a three-month Nintendo subscription, which can be converted into a full-year membership if the Prime account is still active after 60 days. Let's see how this new offer could be an advantage for Amazon and Nintendo.

Amazon is promoting the Nintendo Switch offer through Twitch Prime, the gaming and esports service that is bundled with Amazon Prime. Amazon acquired Twitch in 2014, and the esports portal now serves over 2.2 million content creators and more than 15 million unique daily visitors who spend an average of 95 minutes watching live games.

Amazon doesn't disclose how much revenue it generates from Twitch, but it could eventually serve as a launchpad for its own game publishing arm, Amazon Game Studios. Twitch also enhances Amazon's streaming media ecosystem, which also includes Amazon Prime Video and Amazon Music.

Promoting a free year of Nintendo Switch Online could draw more viewers to Twitch, then convince them to sign up for Amazon Prime to gain access to Twitch Prime's free games, exclusive loot, and chat room features. Doing so would tether those gamers to Amazon's growing Prime ecosystem, which recently surpassed 100 million members in the US, according to Consumer Intelligence Research Partners (CIRP).

CIRP says that the average Prime member, who already pays $12.99 per month or $119 per year, spends $1,400 on Amazon annually, compared to $600 for nonmembers. This makes growing the prisoner-taking Prime ecosystem a top priority for Amazon, and offering a free one-year subscription to Nintendo Switch Online sweetens the pot. 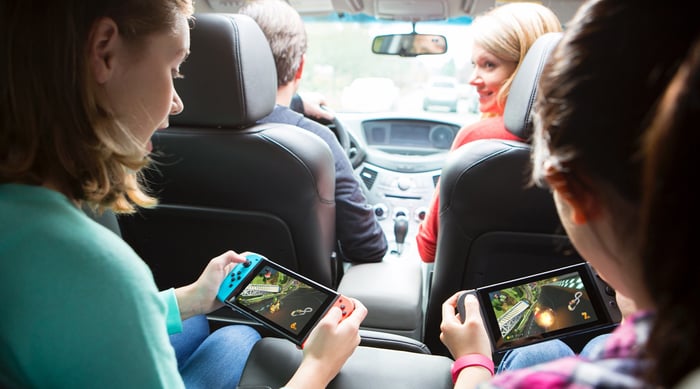 How will this deal help Nintendo?

Nintendo shipped about 32.5 million Switches worldwide since the hybrid console's launch two years ago. Sales of the Switch were initially robust, but cooled off over the past year due to the saturation of the current-gen console market.

The company initially planned to sell 20 million units for the full fiscal year (which ended on March 31) to hit 38 million total shipments. However, it slashed its full-year target to 17 million in January, due to weaker-than-expected holiday sales, and could provide even softer guidance when it reports its full-year earnings on April 25. Sales of Switch hardware, accessories, and software accounted for 90% of Nintendo's sales last quarter.

On the bright side, Nintendo will reportedly launch a new version of the Switch in the second half of the year to shore up its hardware sales. Until that happens, it makes sense for Nintendo to convince more Switch players to sign up for Nintendo Switch Online in order to boost its revenue per gamer.

Nintendo only launched the service last September, but it's already topped over 8 million paid subscribers. That only represents about a quarter of the Switch's installed base, so there's plenty of room for the service to grow. Therefore, it makes strategic sense for Nintendo to offer its plan as a temporary perk for Prime members.

Amazon and Nintendo's partnership looks like a win-win deal for both companies. The former gains more Prime members while promoting Twitch Prime, and the latter captures more Nintendo Switch Online subscribers as its hardware sales decelerate. If it's a success, we might see Amazon and Nintendo make similar cross-industry deals to reach more gamers in the future.