The massive expansion program MGM Resorts (NYSE:MGM) recently completed comes at an equally staggering cost: The casino operator has amassed a mountain of debt -- some $15 billion at the end of 2018. Now it's looking to refinance $1 billion worth of senior notes that are coming due in 2020.

Although most of MGM's expansion plans -- mostly upgrades to existing properties -- are over with for now, that all could change. The operator is hoping to be one of the lucky few to snag a license in Japan when the government puts them up for bid. The resort owner has said it would be willing to spend as much as $10 billion to build an integrated resort in Japan, and that could push its debt load to even greater, dizzying heights.

It certainly looks like MGM is clearing the decks to make a big move, one that might even include making an acquisition. 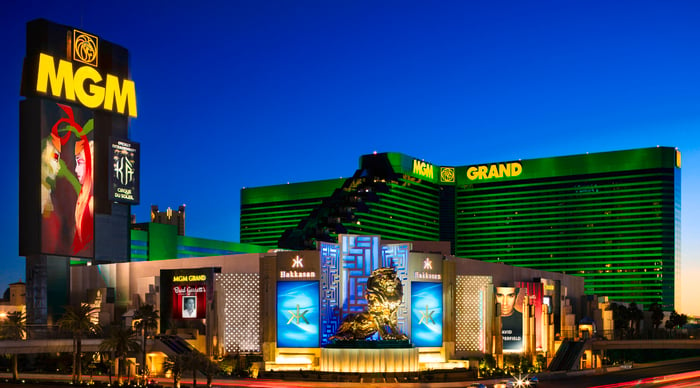 Ready to increase its burden

Last week MGM filed notice it was preparing to offer $1 billion in senior notes -- double the amount it had originally planned to offer -- with rates of 5.5% that would be due in 2027. The deadline for the offer is expected to be April 10.

The money raised from the offering will be used to pay for the buyback of tender offers for its 5.25% and 6.75% senior notes due in 2020. If there's anything left over, the balance would be used for general corporate purposes, which could include refinancing its existing debt, paying dividends to shareholders, or buying back stock. It also might stick it in "short-term interest-bearing accounts, securities or similar investments" until it decides what to do with the leftover funds.

Yet in December MGM also increased its borrowing capacity to allow for an additional $1.5 billion in debt and extended the term of a bank loan. Notably, it would be able to access the money if it made a "significant acquisition" in the next two years that exceeded $750 million or 40% of its adjusted EBITDA, which at the end of 2018 stood at $2.8 billion. It certainly makes it seem as though the casino operator is planning on making moves that would increase its debt burden.

But it's already carrying a heavy load

MGM Resorts is already the most indebted casino operator among all its peers. Las Vegas Sands (NYSE:LVS) ended last year with almost $11.9 billion worth of long-term debt, Wynn Resorts (NASDAQ:WYNN) had $9.5 billion, and Caesars Entertainment (NASDAQ:CZR) had $8.8 billion.

Investors, however, should be looking at MGM's current ratio, which gives insights into a company's ability to repay its debt. A current ratio of 1.5 is generally considered safe while below 1.0 is considered risky, though as with most metrics, a company's direction may be more important than its location.

And once again, MGM badly trails its peers. Its current ratio is 0.86 while everyone else is at least 1.1 or better. Although it may be starting to turn up, if it burdened itself with more debt, things could sour again very quickly. 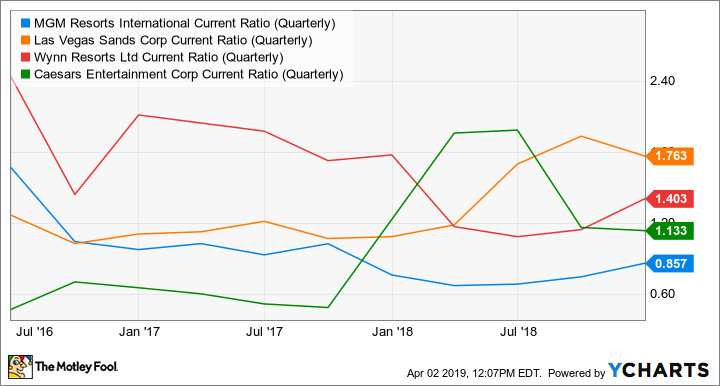 Despite MGM Resorts placing most of its bets on Las Vegas, China is increasingly becoming a more important component of its business, with the opening of the MGM Cotai in 2018. It also has various regional properties, such as the Bellagio in Atlantic City and the Springfield casino in Massachusetts.

That gives it a lot of geographic diversity. Its 70% ownership of MGM Growth Properties (NYSE:MGP), the real estate investment trust it created to own the real estate of most of its casinos, gives it a degree of separation as well.

However, its debt load is already heavy, and it has paved the way to take on even more, possibly through an acquisition. If Japan comes through, it may need to sell off more of its properties to MGM Growth to raise cash, and maybe even sell off the rest of its stake in the REIT itself. (It has already said it wants to lower its ownership stake to 50%.)

Casinos are a naturally highly leveraged business, and while MGM Resorts has been successful to date, the Chinese economy is slowing, Las Vegas was hurt by an event card that wasn't as robust in previous years, and certain regional markets are experiencing uneven results. In Atlantic City, for example, only two casinos are really winning.

With a heavy debt load and a willingness to take on more, MGM Resorts may just be too much of a risky bet for investors.