Please ensure Javascript is enabled for purposes of website accessibility
Log In Help Join The Motley Fool
Free Article Join Over 1 Million Premium Members And Get More In-Depth Stock Guidance and Research
By Daniel B. Kline - Apr 7, 2019 at 7:45AM

The two retailers are battling for employees as well as customers.

For nearly a year the amount of job openings in the U.S has exceeded the number of people seeking work. That has made it hard, at least in some markets, for companies to fill jobs.

The two companies have taken steps to become places people want to work. These steps include offering more training, improving benefits, and paying more per hour. Now, however, Target has upped the ante by increasing its entry-level pay to $2 more per hour than the $11 minimum wage Walmart pays. 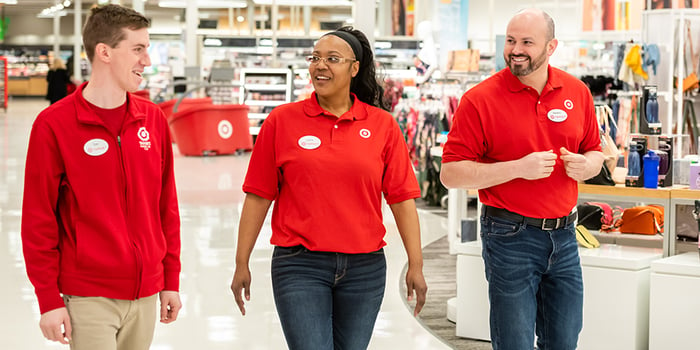 What did Target do?

Both Walmart and Target have increased entry-level base compensation multiple times in recent years. Target last increased its minimum hourly wage from $11 to $12 in March of last year. The retailer has said it intends to hit a $15 per hour minimum wage by the end of 2020.

"Our team is Target's greatest asset, from the newest faces to those who've been with us for many years," said Target's Chief Human Resources Officer Melissa Kremer in a press release. "It takes a diverse, high-performing and engaged team to create experiences that make guests feel welcome and inspired, and keep them coming back. So investing in our team members is essential to keep our business growing and thriving."

That sounds nice, and there's certainly some truth to it, but paying more isn't just about rewarding employees and attracting new ones. It's a tactical move to keep workers from going elsewhere in a market where many have options.

It's not all about money

Wages, of course, make up a major part, but not all of the compensation. Walmart pays a minimum wage of $11 per hour, and the company has not issued a public statement on its rival's latest increase. Early this year, however, CEO Doug McMillon noted that  Walmart workers earn "$17.55 on average with wages and benefits," Reuters reported.

"I'm comfortable that we've got the appropriate wage investments to get the talent we need," he said.

Along with wages, Walmart has been offering $1-a-day college degrees. That's a benefit that may not only entice an employee to join the company, but also stay there for four years (or however long it takes the worker to graduate).

Where is this going?

As long as the labor market remains tight, employers will have to find ways -- largely through pay and benefits -- to lure workers in and to retain them. That's a situation not likely to change in the immediate future, but there is one major thing that could cut demand: automation.

Some retailers have already eliminated some checkout positions using self-checkout (a form of automation). And the technology already exists for automating a lot of warehouse and inventory work that's currently being performed by humans.

For now, Walmart and Target need to continue to pay more to have enough employees to operate. Workers, however, should not grow complacent, and should realize that many entry-level positions will someday be automated. That makes it important for people in those jobs to take advantage of training and educational opportunities.

The more you know and the more that you can do, the harder it is to replace you with a robot. And, of course, if you gain skills or earn a degree and lose one position, it becomes much easier to find another one.