According to JPMorgan Chase CEO Jamie Dimon, here are 11 things preventing the U.S. economy from realizing its full potential.

In his recent annual letter to JPMorgan Chase (JPM 0.83%) shareholders, CEO Jamie Dimon said that although the U.S. economy continues to grow, there are some problems that are clearly holding back productivity and economic growth.

Dimon proceeded to list 11 specific areas where we need to improve and also suggested some ways we may be able to solve these problems. 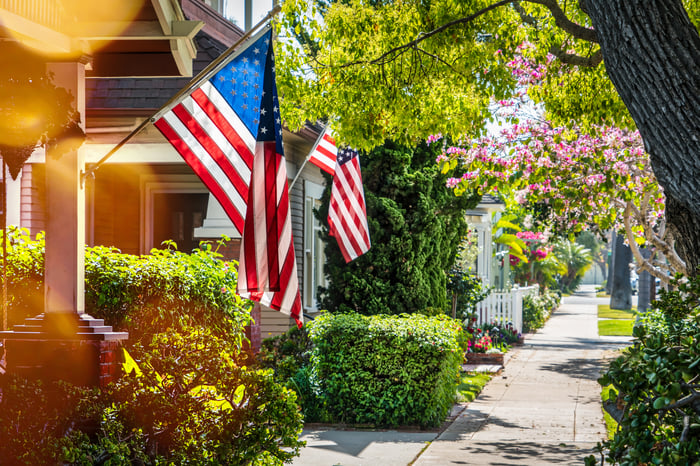 Dimon points out that America's high schools and other educational institutions aren't doing a great job of training young people for available jobs. Other reports have confirmed that there's a shortage of skilled workers available to fill vocational positions -- many of which pay very nice salaries. He also points out that inner-city schools are generally failing to properly equip students to avoid a life of poverty.

According to Dimon, this is a very solvable problem. High schools and community colleges need to focus more effort on creating skills-training programs and other ways to make students job-ready. And businesses should be involved in the process so that graduates are prepared for actual jobs that exist. Dimon also cited other countries' policy of mandatory preschool at age three as a way to not only give our children a jump-start on education, but ease the burden of child-care costs.

U.S. healthcare expenses represent almost 20% of gross domestic product (GDP), which is more than twice what most developed nations spend. Obesity and related health problems cost the U.S. $1.4 trillion each year, and out-of-pocket expenses have soared for American families.

Dimon acknowledges this is probably the most complicated problem we have and named several ways we could make things better, such as:

Regulations have made it difficult to form businesses in the U.S., and Dimon says some estimates put total regulatory expense at $2 trillion per year in the United States. Dimon says that, while we need regulations, we have to get better in this category. We need to reduce the licensing requirements for running a business and eliminate unnecessary rules and regulations wherever we can.

4. Inability to plan and build infrastructure

As Dimon puts it, "It took eight years to get a man to the moon (from idea to completion), but it now can take a decade to simply get the permits to build a bridge or a new solar field." And our infrastructure lags behind much of the developed world.

Dimon acknowledges that this one has been fixed with the passage of the Tax Cuts and Jobs Act, but the tax system of the last 20 years created competitive advantages for foreign corporations.

And Dimon says there's still more that can be done. He suggests expanding the Earned Income Tax Credit (EITC) to help lower-income Americans, including expanding the credit for lower-income workers with no children, who currently receive a relatively tiny version of the credit.

In the average OECD (Organisation for Economic Co-operation and Development) nation, litigation costs about 0.6% of GDP. In the U.S., litigation expenses are 150% greater than this at 1.6% of GDP. Dimon suggests finding ways to reduce frivolous litigation, which is a big part of the problem.

Dimon points out that 40% of foreign students who come to the U.S. and obtain advanced science, technology, and math degrees have no legal way to stay here. As Dimon puts it, when most students who learn in the U.S. take their acquired skills back home, "one of our largest exports is brainpower."

Dimon acknowledges that passing immigration reform in today's political climate isn't going to be easy, but points out that there has been bipartisan support for increased funding for border security, more merit-based immigration, making DACA permanent, and creating a legal path to citizenship for undocumented immigrants.

Mortgage availability is not nearly where it should be. JPMorgan Chase's analysis suggests that over the past five years, over $1 trillion in additional mortgages could have been made if it weren't for flaws and inefficiencies in the mortgage system.

The lower end of the wage spectrum is no longer enough for people to make a living, giving fewer people an incentive to work. Dimon also cites the difficulties faced by former felons when looking for work, as well as the opioid addiction epidemic as reasons why labor-force participation isn't nearly as high as it should be.

Expanding the EITC, as Dimon suggested in his tax discussion, would help this, as would providing more job-focused education. Dimon also says that a critical piece of the puzzle is making it easier for convicted criminals who have been released from jail to find jobs.

Dimon calls the current state of student lending "irrational," and says that skyrocketing student debt is affecting the ability of millions of Americans to buy homes. Direct government lending has increased nearly 500% over the last decade, and Dimon says that "it has not all been responsible lending." He'd like to see more programs designed to reduce the burden of student debt on former students.

Dimon points out that, not only are we bad at budgeting for things in an efficient manner, but we also do a poor job of accounting for certain things. Government entities should be required to conduct cost-benefit analyses and should be held accountable for executing on its plans.

Here are the problems -- now let's fix them

It's tough to argue with most of Dimon's points. All are undoubtedly affecting our economic prosperity to one extent or another. Dimon theorizes that our shortcomings in these areas have played a large role in the wage stagnation, slow economic growth, and income inequality that we've seen over the past couple of decades.