Shares of Rigel Pharmaceuticals (RIGL 0.20%) rose over 17% last month, according to data from S&P Global Market Intelligence. The small-cap pharma company reported full-year 2018 operating results and the all-important sales figure for its lone commercial product, Tavalisse, which generated product revenue of $13.9 million on the year.

While Wall Street hasn't been happy with the slow start since the drug's launch, the business exited 2018 with $128 million in cash, cash equivalents, and short-term investments. That should be more than enough capital to hit the ground running and ramp up sales throughout 2019 and early 2020, although revenue isn't expected to grow quickly enough to deliver profitable operations before cash runs out. 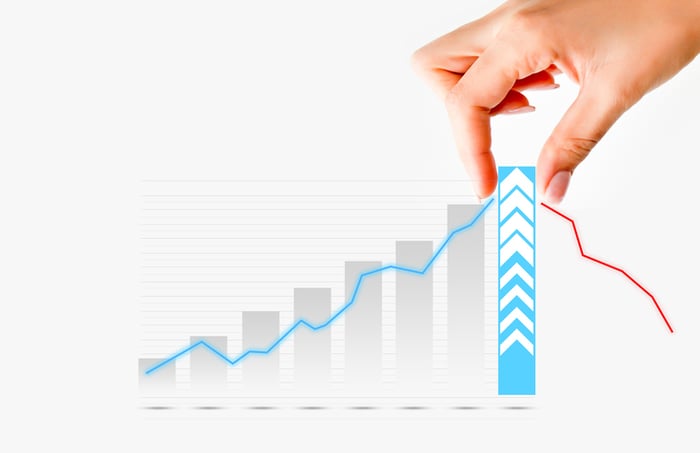 Rigel Pharmaceuticals reported an operating loss of $72.6 million in 2018, mostly driven by soaring selling, general, and administrative expenses as the company stirs up awareness of Tavalisse. That should shrink as sales ramp up, but the slow start does add a little uncertainty into the mix.

The encouraging news is that analysts have recently become more bullish on the near-term growth prospects for the drug franchise. Previously, the average analyst estimate called for full-year 2019 revenue of $40 million, but that has since jumped to an average of $65.6 million, according to numbers compiled by Yahoo! Finance. The sudden change has two likely causes.

First, the previous expectation for $40 million in full-year 2019 revenue seemed a little low to begin with. Second, Rigel Pharmaceuticals announced in January 2019 a licensing deal with Grifols that earned it a $30 million up-front cash payment. That said, the six reported estimates are all over the place, with a low of $30 million and a high of $87.1 million, so it seems that not all reported estimates have been updated to reflect recent events.

The year ahead hinges entirely on the sales ramp of Tavalisse. While Rigel Pharmaceuticals needs north of $120 million in revenue just to reach break even operations, demonstrating market traction in 2019 should be enough to allow the business to raise additional growth capital at a favorable rate. That's what investors will be watching with each quarterly update.