The Indian bank holds a formidable competitive position in the world's fastest-growing economy.

India's economy continues to grow at a torrid rate, rising 6.6% in the fourth quarter of 2018. HDFC Bank Limited, as one of India's largest financial institutions, directly benefits from this growth. As the economy expands, HDFC tends to enjoy more demand for loans and other banking services, thereby boosting its profits. 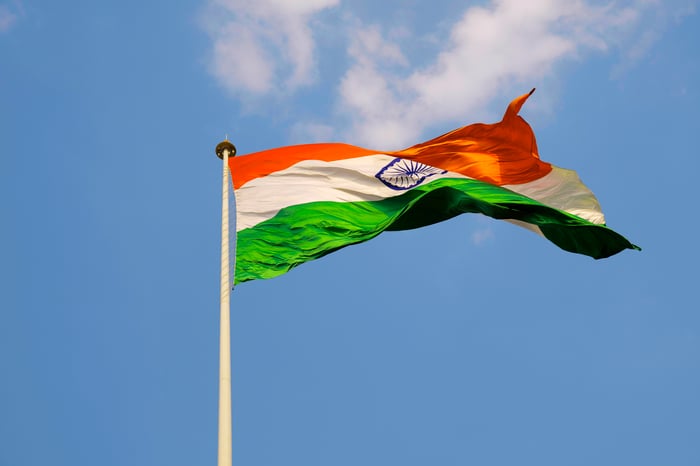 Additionally, many emerging-market currencies strengthened after the U.S. Federal Reserve announced that it no longer planned to raise rates later in 2019. The rupee rose sharply in comparison to the dollar, which provided an additional boost to India's stock market in March. HDFC's investment advisory business no doubt benefited from the market's gains.

With more than 5,000 branches across India, HDFC Bank Limited maintains a powerful presence in the world's fastest-growing economy. Its strong competitive positions in mortgages, wealth management, and corporate banking should continue to serve the company well as India's economy furthers its expansion in the years ahead.

HDFC Bank Stock Surges: Why This Could Be Just the Beginning