News that the Wi-FI chipmaker would be acquired at a premium sent shares soaring.

Shares of Quantenna Communications (QTNA) gained 34% in March, according to data from S&P Global Market Intelligence. The stock rose in the middle of the month and then popped on March 28 following news that the Wi-Fi connectivity company would be acquired by ON Semiconductor (ON -1.28%) in a roughly $1 billion all-cash deal. 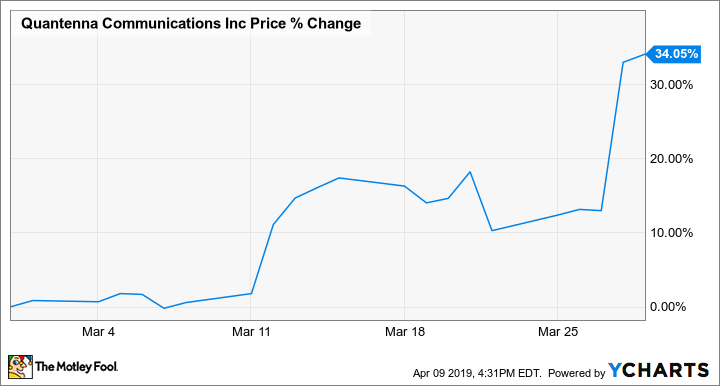 ON is making the acquisition to shore up its position in the automotive and industrial low-power connectivity market, and it sees Quantenna's Wi-Fi connectivity hardware and software specialization as significant assets in the space. 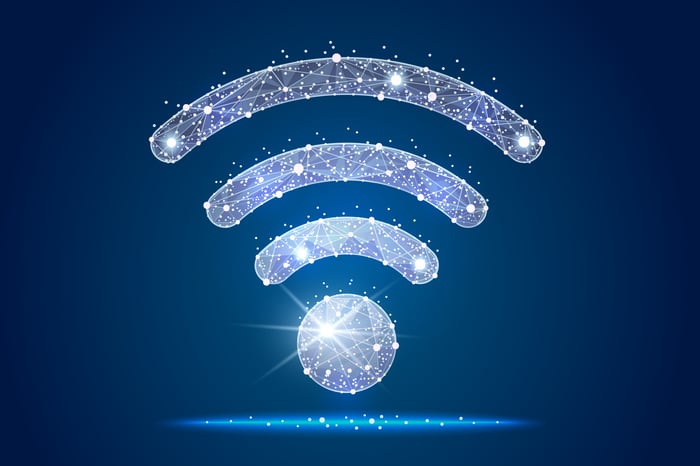 We are very pleased to welcome Quantenna to ON Semiconductor's team. The acquisition of Quantenna is another step toward strengthening our presence in industrial and automotive markets. The combination of ON's expertise in highly efficient power management, and broad sales and distribution reach, and Quantenna's industry leading Wi-Fi technologies and software expertise creates a formidable platform for addressing fast-growing markets for low-power connectivity in industrial and automotive applications

The deal valued Quantenna at $24.50 per share, a substantial premium compared with the company's valuation at the beginning of March.

ON Semiconductor is one of many players in the Internet of Things (IoT) that have been on the lookout for complementary businesses. It's seeking to strengthen its offerings in key product categories and ensure that it's in position to take advantage of autonomous vehicles, connected industrial machinery, and other IoT technologies. It's too early in the broader Internet of Things push to predict with much certainty how ON Semiconductor's offerings will fare over the long term, but Quantenna seems to be a logical addition to the business.

The deal still needs to be approved by Quantenna shareholders and pass regulatory approval, but there do not appear to be any immediate obstacles, so it's reasonable to expect that Quantenna stock will continue to trade in the $24.50 range.