Shares have lost roughly a third of their value over the last year due to weakening ad demand and slowing growth for a key subsidiary.

Shares of SINA (SINA) dipped 12.1% in March, according to data from S&P Global Market Intelligence. The Chinese tech company delivered fourth-quarter earnings results that fell short of the market's expectations and triggered a double-digit sell-off. 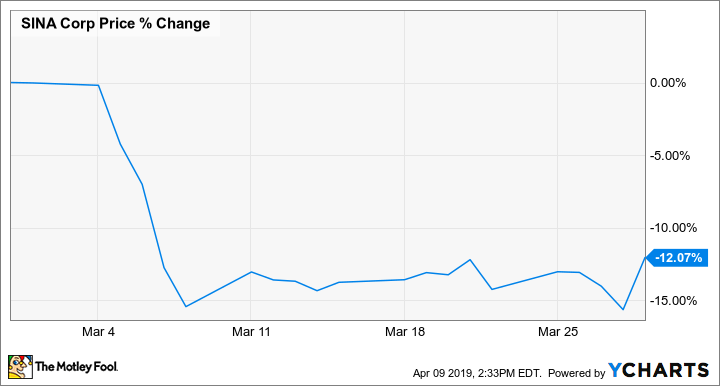 The company was also likely affected by sell-offs for its Weibo (WB -2.84%) subsidiary, which it still owns a major stake in. Weibo reported its fourth-quarter earnings on the same day as SINA, and while the social media spinoff's sales and earnings for the period topped the average analyst targets, the market appears to have been dismayed by its guidance for slowing sales growth.

SINA generates the majority of its revenue from Weibo's microblogging platform, so a slowdown for the social media business can be expected to have a significant impact on the parent company. Slowing growth for Weibo also looks more concerning in light of declines for SINA's portal advertising business, which saw revenue decline 29% year over year last quarter.

SINA's stock has bounced back some in April, trading up roughly 9% in the month so far. 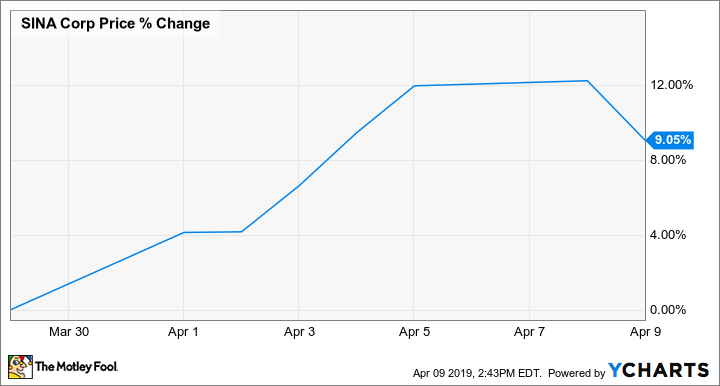 Weibo is still posting solid revenue and earnings growth, and it helped SINA grow its sales 33% in 2018. But declines for SINA's portal advertising business could continue to weigh on the parent company's performance.

Is Weibo Going Private in Response to Proposed Senate Rules?
405%