Superheroes aren't the House of Mouse's only source of box-office strength this year.

When I was a kid, my mother found a day job cleaning our local movie theaters. It was the perfect gig, really; movies were free for employees and their families, and she'd work a few hours, scrubbing each theater after the matinees and -- with the blessing of management in our relatively small town -- bringing us along to avoid day care expenses.

But in the summer of 1994, an animated phenomenon swept the nation, temporarily making that job a whole lot more difficult. Multiple theaters were packed for several weeks straight. And among the dozens of titles to come and go in the years we spent there, I distinctly remember the overwhelming amounts of trash left behind by the seemingly never-ending swaths of families clamoring to see that little lion. 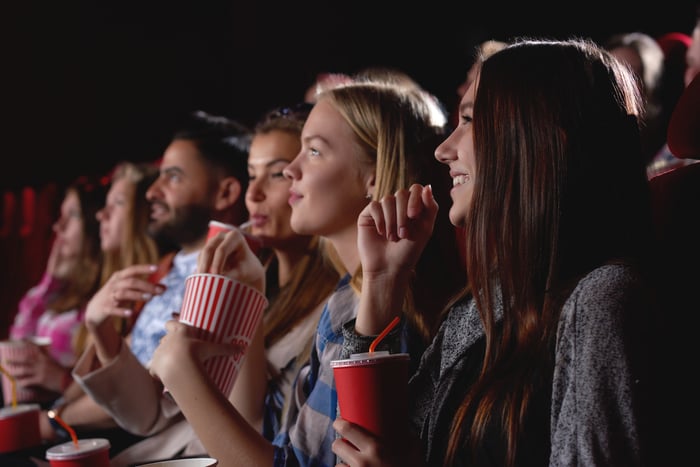 For that, we could thank the big-screen debut of Disney's (DIS -3.79%) The Lion King, which ultimately went on to achieve a stunning $968.5 million in global gross box office sales by the end of its theatrical run. Adjusted for inflation, that total would be equivalent to nearly $1.7 billion today.

It all makes sense in retrospect. Even without adjusting for inflation, no G-rated film has managed to exceed The Lion King's incredible $422.8 million in domestic gross ticket sales (though Disney Pixar's Toy Story 3 came close with $415 million in 2010).

Still, a handful of PG-13 films have since dwarfed The Lion King's numbers (on a reported basis) in the decades since, notably including Avatar, Titantic, Star Wars: The Force Awakens, and all three films in Disney Marvel's Avengers series so far. And it seems all but certain this year will add more Lion King-beating blockbusters to that list, at least judging by the record-smashing ticket presales figures we've seen leading up to the theatrical debut of Avengers: Endgame later this month.

But this morning, Disney reminded us it isn't done with The Lion King just yet, releasing the first full-length trailer for its live-action version of the film set to hit theaters on July 19, 2019.

Of course, that doesn't guarantee this remake will be able to clear the high bar set by its predecessor.

But the House of Mouse has also proven its penchant for implementing this live-action formula. In 2010, for example, Alice in Wonderland shocked industry watchers with a global gross of $1.025 billion. Then in 2015, the reprisal of Cinderella managed a still-respectable $543.5 million. The studio returned to form in 2016 with a $966.6 million haul from The Jungle Book, followed by its best live-action performance yet with $1.264 billion from Beauty and the Beast in 2017.

That said, next month's live-action release of Aladdin could also reach the billion-dollar mark -- though it doesn't seem to enjoy the same buzz at this point, and the original Genie-infused comedy "only" mustered a global gross of $504 million in 1992. What's more, Disney Pixar's Toy Story 4 will follow in June, and seems to be another shoo-in to reach the 10-figure milestone.

That said, after coupling today's startlingly real CGI with the multigenerational reach and broad family appeal of The Lion King, I will be shocked if this summer's debut doesn't ultimately result in Disney's next $1 billion live-action film. And Disney shareholders should only be better off for it in the end.