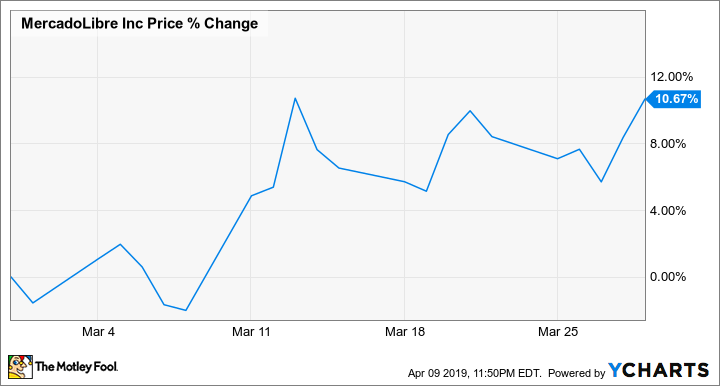 The company reported earnings on Feb. 26, delivering a 62% year-over-year increase in revenue. Shares climbed in the next day of trading and ended February up 26%. The post-earnings momentum continued into March and helped deliver another month of double-digit share price gains that set a fresh high for the stock. 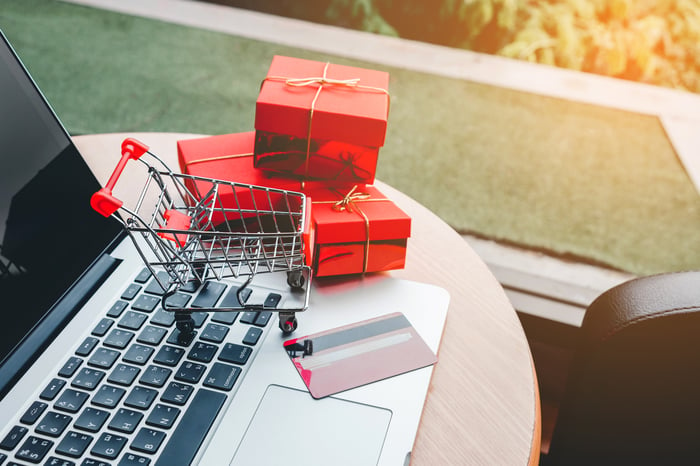 MercadoLibre's business has been on a roll over the last five years, and its stock has climbed roughly 450% over the stretch. Like other growth-dependent technology stocks, the company's shares did see steep sell-offs at the end of 2018, but they've quickly bounced back thanks to strong earnings performance and more bullish sentiment for the broader market.

Bears have pondered the threat of big competitors like Amazon.com devoting more resources to winning in the Latin America market, where MercadoLibre specializes. That remains a possibility, but so far, the smaller e-commerce specialist has proven adept at navigating its corner of the fast-growing online retail industry and branching into new categories like payment-processing services that could help the company deliver big profits as it scales.

MercadoLibre is still prioritizing building a larger sales base over near-term profits. With shares valued at hundreds of times this year's expected earnings and roughly 11 times expected sales, it's undeniable that big growth is already priced into the stock. Even so, the business has been posting great performance, and it's feasible that the company will be able to leverage its large user base and specialization in the Latin American market to sustain a lasting position in e-commerce despite having to contend with tech and retail titans.

John Mackey, CEO of Whole Foods Market, an Amazon subsidiary, is a member of The Motley Fool's board of directors. Keith Noonan has no position in any of the stocks mentioned. The Motley Fool owns shares of Amazon and MercadoLibre. The Motley Fool has a disclosure policy.