The second highlights the approach that has set Amazon apart.

Jeff Bezos, founder and CEO of Amazon (AMZN 2.20%), has said a lot of smart stuff in more than 20 years of shareholder letters. His most recent edition dropped this week, and it's chock-full of valuable nuggets.

Below are five that stand out. They are meaningful not only to Amazon shareholders, but also to businesspeople of every stripe looking to understand how the company became the juggernaut it is today. 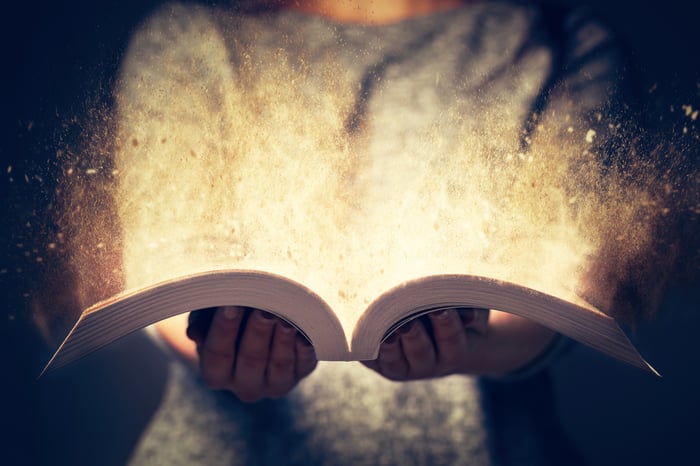 If you're unfamiliar, there are two types of products for sale on Amazon's site: those actually made by Amazon, and those that third parties list on the site. Amazon keeps all the money from the former, but takes only a cut of the latter. Third parties then use Fulfillment by Amazon to get their packages into the right hands.

In other words, Amazon's wares are selling just fine. But third parties are doing even better. That shouldn't be concerning, though, as Amazon's margins are likely higher for third-party fulfillment.

In the business world today, efficiency is everything. By squeezing out every last bit of waste, companies can maximize their profitability. But while efficiency is important, it also comes at a price -- one that many competitors often overlook: "Wandering" is thrown out the window.

And that can be a terrible long-term approach:

[W]andering in business is not efficient ... but it's also not random. It's guided...and powered by a deep conviction that the prize for customers is big enough that it's worth being a little messy and tangential to find our way there. Wandering is an essential counter-balance to efficiency. You need to employ both. The outsized discoveries – the "non-linear" ones – are highly likely to require wandering.

Bezos goes on to tell how inefficient wandering led to many services we love today, like Amazon Web Services and the company's database solution, DynamoDB.

Failure is the key to success

Another counterintuitive approach that has paid off handsomely for Amazon has been its stance on failure. Simply put, it is mandatory -- in the right doses.

The good news for shareowners is that a single big winning bet can more than cover the cost of many losers.

Bezos then explains how work began on the failed Fire Phone and the wildly popular Echo at the same time. While critics panned the former, Bezos points out that the process of failing helped inform how to better position Echo -- ultimately leading to its runaway success.

We're still in the early innings

It would be easy to assume that Amazon doesn't have that much room to grow. Bezos doesn't see it that way...and you probably shouldn't, either.

Amazon today remains a small player in global retail. We represent a low single-digit percentage of the retail market, and there are much larger retailers in every country where we operate. And that's largely because nearly 90% of retail remains offline, in brick and mortar stores.

That should strike fear into brick-and-mortars throughout the world, and be music to the ears of Amazon shareholders.

Leveraging on behalf of employees

Sometimes, companies can act in their own best interests and help society at large at the same time. That's what happened when Amazon announced last year that it was raising its minimum wage to $15 per hour.

It didn't hurt that the company was in the crosshairs of both the president, who wanted the company to pay more in taxes, and Democratic hopeful Bernie Sanders, who criticized the pre-announcement pay of many employees.

But with one fell swoop, Amazon not only quieted critics and pleased employees, it also upped the ante for competitors who wanted to retain employees in this tight labor market.

Bezos didn't hide his competitive spirit in this regard.

Today I challenge our top retail competitors (you know who you are!) to match our employee benefits and our $15 minimum wage. Do it! Better yet, go to $16 and throw the gauntlet back at us.

It will be interesting to see if those competitors -- namely Walmart, Target, and a host of dollar stores -- take him up on that challenge.

If ever there was a company that requires long-term vision to own, Amazon is it. Of course, the past three years have been wonderful, as shares have exploded. But before that, there were several periods of steep declines.

As long as Bezos keeps the C-suite focused on the long term, so too should your sights be set there. Pay more attention to the words in these letters than the day-to-day price fluctuations and you should be handsomely rewarded.