The lubricant maker's CEO discussed a second-quarter sales headwind, a briskly expanding market, and the power of incremental innovation during the company's recent earnings call.

Maintenance and cleaning products manufacturer WD-40 (WDFC -2.30%) perhaps could have used some water-displacing lubricant on a rather creaky top line this quarter. Company revenue in the fiscal second quarter was flat against the prior-year period at $101.3 million, due mostly to a dip in U.S. sales. The company improved net income by 7% to roughly $16 million this quarter. Nonetheless, shares fell 5% in the trading session subsequent to the earnings release. Below, let's zero in on three comments made by CEO Gary Ridge during Tuesday's earnings conference call that bring perspective to the last three months of operations as well as the quarters ahead.

[L]et's talk about something, a little out of the ordinary that happened in the US market that's impacting this quarter's results. I often describe disruptions to our business as either an event or a trend. This quarter's decline in sales was driven by two events that took place in the United States: The rotation of products that periodically occurs in warehouse club channels, as well as some delayed promotions with a key US customer.

Net sales in WD-40's Americas segment (comprised of the U.S., Canada, and Latin America) dropped by 2% to $43.9 million in the second quarter. Of the two factors behind this decline mentioned above, variable product rotation in warehouse shopping clubs is fairly routine. Investors typically understand that retail shopping clubs frequently change the manner in which they feature manufacturers' products, leading to lumpy sales from one period to the next.

The delayed promotions issue is perhaps more worrisome. As I discussed last quarter, WD-40 has selectively instituted price increases to offset rising materials costs. Over the last three months, a major retail customer in the U.S. balked at the sticker hikes, and essentially delayed running a planned promotion on WD-40's products to demonstrate its displeasure with the pricing it was forced to pass on to its customers.

According to Ridge, the conflict has been resolved, after data-informed conversations in which WD-40 demonstrated non-price related benefits that the retailer's customers are realizing from the manufacturer's products.

Despite the reassurances that both factors are one-off pressures on the current quarter -- and not representative of trends -- the news of slight disruptions in the company's largest revenue segment undoubtedly contributed to the post-results selling in "WDFC" shares this week. Shareholders will scrutinize revenue in the Americas next quarter, in case a second data point indeed signals the beginning of a trend. 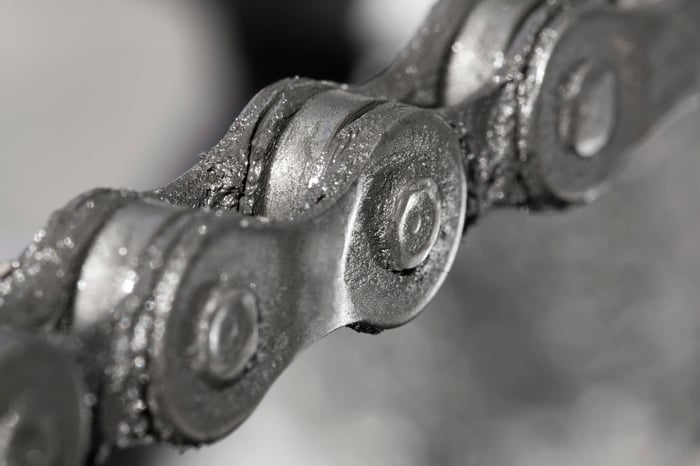 2. A vital region is gaining momentum

Year-to-date net sales in EMEA were up 7% compared to last year. EMEA's reported results in the second quarter were negatively impacted by foreign currency exchange rates. On a constant currency basis, sales in EMEA would have increased to $43.5 million in the second quarter, up 10% from last year and in line with our targeted compounded annual growth rate for this segment.

Departing from most other companies, which define "EMEA" as the geographical regions of Europe, the Middle East, and Africa, WD-40 adds the nascent market of India to its EMEA business segment. 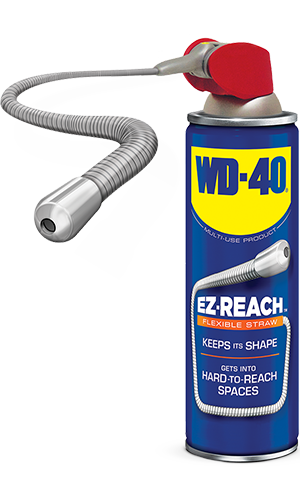 In the second quarter, EMEA sales rose 3% to $40.9 million, contributing nearly as much to overall revenue as the Americas. As Ridge explains, EMEA's top line actually increased 10% to $43.5 million in constant currency terms.

EMEA sales are benefiting from same phenomenon that has characterized sales in North America for so many years -- extensions of the company's core WD-40 all-purpose lubricant product tend to steadily capture market share.

Ridge attributed the higher EMEA sales primarily to increased uptake of the WD-40 "EZ-Reach Flexible Straw" product. Digital marketing of products including "1001 Carpet Fresh" in the U.K. also contributed to the sales advance.

Ridge noted that the EMEA market should provide a growth opportunity for the foreseeable future. Management estimates that it can sustain annual sales growth of 8%-10% in this market, which is well in excess of the low-to-mid-single digit growth WD-40 typically averages across all segments.

I'm really excited to share with you an innovation that we've been working on for quite some time that will make our Smart Straw delivery system better than it is today. First launched in 2005, our original Smart Straw delivery system has been a success story for us. Leaving our value to make it better than it is today, we've evolve Smart Straw into a new product that we believe will create a positive lasting memory across the brands, across all trade channels and across all geographies.

WD-40 has an ambitious plan to push annual revenue from just north of $400 million today to over $750 million by 2025. The company intends to reach this milestone by focusing on five strategic initiatives, briefly summarized as follows:

This fifth strategic initiative encompasses numerous smaller objectives, including incremental product improvement. As I alluded to above, extending use cases or embedding core products with adaptive features is a hallmark of WD-40's sustained success.

Ridge revealed on the earnings call that in 2020, the company will roll out an improved version of its "Smart Straw" WD-40 can, the ubiquitous can found in hardware stores with an attached red plastic straw.

The new version of the Smart Straw includes a lockable toolbox design to prevent accidental discharge, the ability to flip between spray and stream settings, and an improved ergonomic actuator that makes spraying easier, among other features.

While such innovation around a simple spray can may seem mundane, the next-generation Smart Straw is a fine example of the type of product modification WD-40 regularly introduces around its core offering. As the organization awaits patent approvals for the Smart Straw dispenser innovations, management is confident that modest but effective enhancements like this will help WD-40 attain its ambitious goal of nearly doubling revenue over a six-year period.