The words were polite, but the undertone was sharp.

When Amazon (AMZN -3.03%) CEO Jeff Bezos speaks, business leaders and investors should listen. Amazon is perhaps the most successful company of the past 20 years, and Bezos' annual letters provide insights not only into Amazon's current strategies, but also his general business philosophies.

In this year's letter, Bezos turned some of the spotlight -- and the corresponding heat -- on Amazon's competitors. Bezos named only one competitor specifically: eBay (EBAY -1.34%). Poor eBay served as the unfortunate comparison to Amazon's booming third-party sales business, which Bezos heralded as having grown at a compounded 52% growth rate between 1999 and 2018, versus eBay's mere 20%. Bezos attributed Amazon's outperformance to its bold investments in advanced seller tools and its Prime membership ecosystem.

But while eBay was the only named adversary of Bezos' letter, he also threw a fair amount of shade at some of Amazon's biggest, fiercest competitors across Amazon Web Services (AWS) and e-commerce...all without naming them specifically.

While Bezos didn't single these companies out by name, you can be sure he knew both customers and competitors alike would read what he's saying. Here are the Amazon rivals likely feeling the heat today. 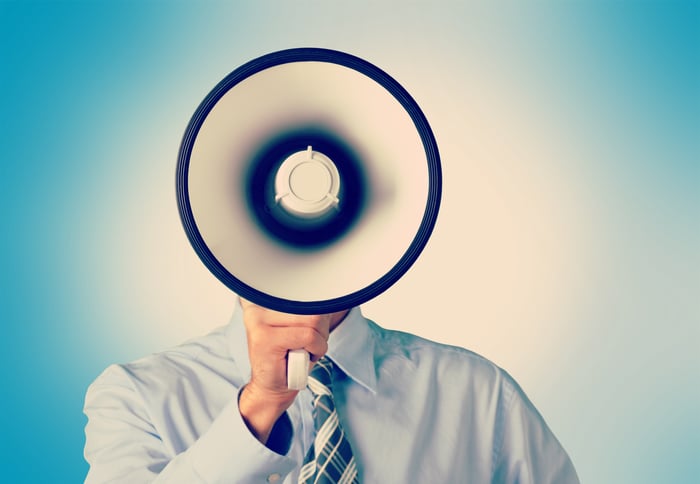 Bezos was especially proud of Amazon Web Services' accomplishments last year -- as he should be. Interestingly, Bezos didn't focus as much on AWS' core storage and compute infrastructure, but rather on Amazon's relatively newer database services. Specifically, Bezos pointed out how Amazon listened to customers who have been "unhappy with their database providers for decades -- these offerings are expensive, proprietary, [and] have high-lock-in and punitive licensing terms."

This is a clear jab at the largest database company on earth, Oracle (ORCL -0.66%). Oracle rules the database world with about a 50% market share, and its CEO, Larry Ellison, hasn't been shy about bashing Amazon in public. Last October, Ellison claimed that Oracle's database technology was 10 to 20 years ahead of Amazon's. Then in December on Oracle's Q2 2019 earnings call, Ellison blasted Amazon's database as "too expensive," and panned Amazon's practice of repackaging open-source databases as its own. Finally, Ellison pointed to the fact that Amazon has been trying to wean itself off Oracle databases for years, and still hasn't been able to do it -- though Amazon has said it expects to be completely off Oracle databases by 2020.

Still, if Amazon is doing all these things wrong and its product is so inferior, why did Ellison himself admit in a recent interview that Amazon is Oracle's "No. 1 competitor" in the database market?

It appears that Bezos had heard enough. Describing Amazon's years-long work on its Aurora database, he observed the following:

We spent several years building our own database engine, Amazon Aurora, a fully managed MySQL and PostgreSQL-compatible service with the same or better durability and availability as the commercial engines, but at one-tenth of the cost. We were not surprised when this worked.

It's interesting that both Bezos and Ellison claim their company's respective database product is significantly cheaper than the other's. Of course, they can't both be right.

Bezos then went on to tout Amazon's variety of database offerings tailored for more specialized workloads, including DynamoDB, ElastiCache, TimeStream, and Quantum Ledger.

In fact, a good portion of the letter felt like an advertisement for Amazon's comprehensive database services. It's likely that many enterprise IT executives and start-up founders read Bezos' letter (I certainly would if I were a start-up founder), and I don't think this is lost on the Amazon CEO.

In addition, Bezos challenged his larger retail competitors to increase their minimum wage to $15 per hour, as Amazon did last fall. Bezos said:

We had always offered competitive wages. But we decided it was time to lead -- to offer wages that went beyond competitive. We did it because it seemed like the right thing to do. Today I challenge our top retail competitors (you know who you are!) to match our employee benefits and our $15 minimum wage. Do it! Better yet, go to $16 and throw the gauntlet back at us. It's a kind of competition that will benefit everyone.

It's not often you hear of a CEO asking competitors to come at his company with more competitive salaries. Though Bezos again didn't mention names, two of Amazon's largest retail competitors in the U.S. are Walmart (WMT -1.16%) and Target (TGT 0.08%).

Both Walmart and Target boosted their starting pay last year in the wake of 2017's Tax Cuts and Jobs Act. However, Walmart's starting salary is still only $11 per hour, while Target's is $12 (though Target plans to get its minimum wage to $15 by the end of 2020).

Both Walmart and Target are also investing heavily in e-commerce initiatives in an attempt to catch up to Amazon. These investments decreased both companies' gross and operating margins last year, despite somewhat stronger revenue growth.

Meanwhile, Amazon's North America e-commerce segment expanded its operating margin last year to 5.1%, up from just 2.7% in 2017 -- surpassing Walmart's margins for the first time ever.

It looks like Bezos' dare would squeeze its competitors' margins -- and thus their ability to invest in the future -- even more.

While Bezos' language was couched in niceties about the great work Amazon employees are doing for customers, make no mistake: There were tough, direct challenges lobbed at rivals within this year's annual letter -- even if Bezos didn't call them all out by name, like unfortunate eBay.