The retailer wants to create a "real life" Instagram in its stores, but will this ambitious project pay off?

Macy's (M 0.20%) lost about a quarter of its market value over the past six months as the department store chain's sales growth decelerated, its gross margin contracted, and critics bemoaned its lack of a meaningful competitive moat against Amazon, Walmart, and other retail peers.

However, Macy's recently took a bold step to revive its brick-and-mortar sales with Story, a "narrative-driven retail experience" that brings curated products and community events to 36 of its stores in 15 states. 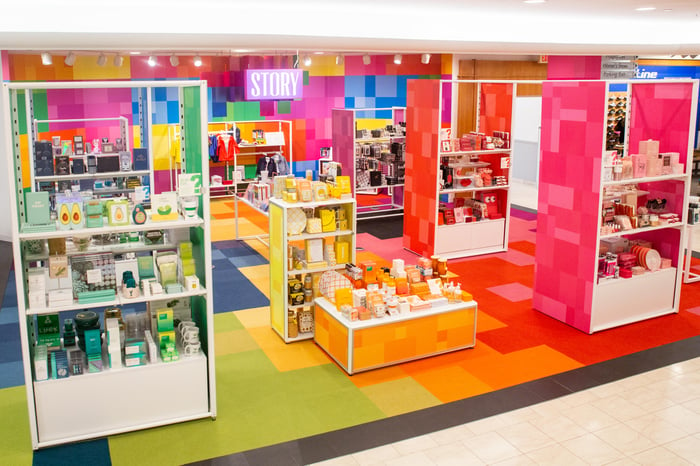 Estée Lauder's MAC Cosmetics, Hallmark's Crayola, Levi Strauss, and more than 70 small businesses will host themed events at Macy's stores with the help of 270 Macy's "Story Managers" and "Storytellers" who have been trained to build fixtures, engage customers, and produce events at the in-store marketplaces.

Rachel Shechtman, Story's founder and Macy's "Brand Experience Officer," stated that the brick-and-mortar experience would be akin to "a real-life version of scrolling through Instagram." Shechtman noted that customers would discover things that they "weren't looking for" and be "inspired by all the fun finds." This strategy sounds unique, but will it really bring customers back to Macy's stores?

A convergence of multiple strategies

Shechtman joined Macy's after the department store chain acquired Story last year. At the time, Story was a concept store in Manhattan that reinvented itself with a new design, product selection, and marketing message every four to eight weeks. The store rebooted itself 40 times, and lured back shoppers with stations for VR meditation, hot-towel shaves, and other fun activities.

Meanwhile, retailers like Lululemon and Ulta Beauty have been locking in customers by adding services to their brick-and-mortar stores. Lululemon offers free yoga classes and community fitness events, while Ulta provides salon services at its beauty product stores.

Macy's Story strategy merges those three concepts into a single idea. By applying Story's business model to a marketplace of rotating events and products, Macy's might convince shoppers to visit its stores again. Community events, like MAC's beauty classes and Crayola's crayon art classes, could turn Macy's stores into social destinations, and social media posts from these events could boost its digital reach. 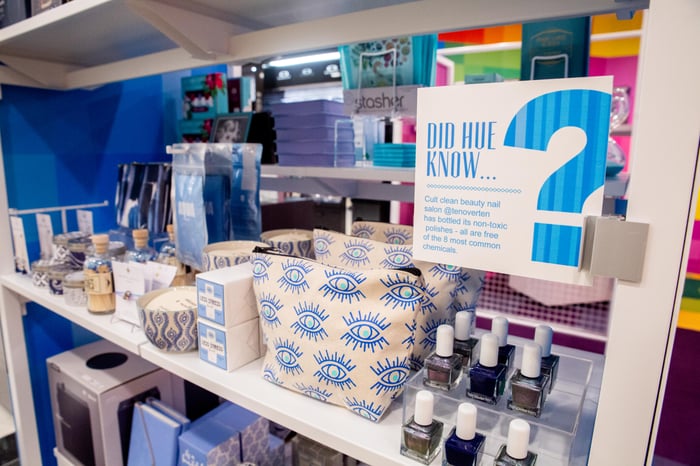 But will anyone listen to Macy's Story?

Macy's Story strategy sounds like a smart way to boost its comparable store sales growth, which ground to a halt during last year's holiday quarter:

However, 36 stores represent less than 6% of Macy's 641 namesake stores. The company also plans to allocate just 1,500 square feet per store to the Story marketplaces, which is a tiny corner compared to the banner's average store size of about 116,000 square feet.

So even if Story brings shoppers back to Macy's stores, the sales boost probably won't lift its near-term growth. But if the trial run is successful and convinces Macy's to expand Story to more stores, investors could see the company's long-term prospects improve.

Macy's Story strategy is arguably more clever than the basic store-in-store strategies seen at other struggling department store chains. But I also think it should have launched this initiative earlier, since it faces a tough uphill battle in reclaiming shoppers from Amazon, Walmart, and other rival retailers.