Boeing's (NYSE:BA) newest version of its workhorse 737 family of jets, the 737 MAX, has been grounded for more than a month, following a pair of fatal crashes. Between the damage to Boeing's reputation and travelers' fears about the safety of the 737 MAX, some airlines are now looking to cancel their Boeing 737 MAX orders.

However, Alaska Air (NYSE:ALK) could be moving in the opposite direction. If anything, the ongoing crisis at Boeing makes it more likely that Alaska will place a big Boeing 737 MAX order later this year, allowing it to replace the fleet of Airbus (OTC:EADSY) A320-family planes that it inherited from Virgin America.

This is the year Alaska will make its big fleet decision

Many low-fare airlines operate just one aircraft type, to simplify pilot training, crew scheduling, and maintenance. Before the 2016 deal that brought them together, Alaska Airlines and Virgin America both followed this strategy. However, they had chosen different fleet types: Alaska flew only Boeing 737s, while Virgin America used Airbus A320-family planes. 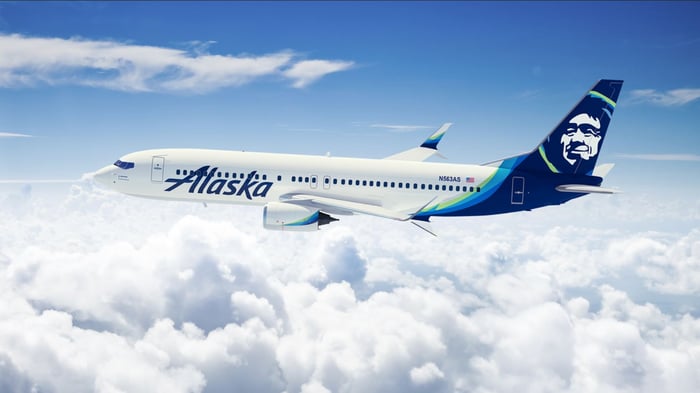 At the time of the merger, Alaska's management planned to decide by the end of 2017 whether to keep the Airbus planes or replace them with Boeing 737s. However, executing the merger was tougher than expected, leading to sharp profit erosion. That meant Alaska Airlines had bigger fish to fry -- and reducing near-term capex became a priority -- so the fleet decision was delayed. Late last year, management indicated that it planned to make a final decision in 2019.

The case for returning to an all-737 fleet

There are two main reasons Alaska Airlines should consider replacing its Airbus fleet in the coming years. First, in 2017, it estimated the incremental costs of operating two aircraft types at $20 million to $25 million annually. If anything, that projection could be too low, as Alaska Airlines executives have indicated that they underestimated the extra complexity of operating a mixed fleet.

Second, prior-generation A319s and A320s make up the vast majority of Alaska's Airbus fleet. Replacing those planes with Boeing 737 MAX aircraft would allow the airline to upgrade its fleet to more efficient technology at an accelerated pace. 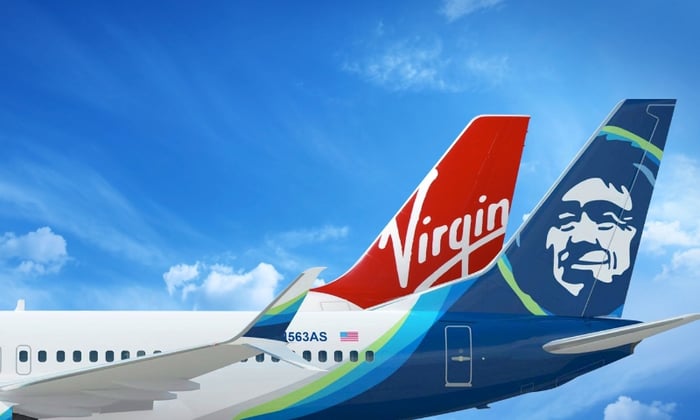 Alaska Airlines probably intends to keep its Airbus fleet for at least a few more years, given that it's in the midst of refurbishing those planes. That project is set to wrap up by the end of 2019. But it wouldn't be hard for Alaska Airlines to return to an all-Boeing fleet by 2025 or 2026.

The biggest complication would be getting rid of its A321neos, of which Alaska has eight, with two more on the way. Those aircraft are leased, with expiration dates around 2030. But given the extreme popularity of that model, it probably wouldn't cost much to exit those leases early.

Given that a poorly designed software system in the Boeing 737 MAX probably contributed to two tragic accidents in the past six months, it might seem strange for Alaska Airlines to double down on the Boeing 737 MAX this year. And indeed, Alaska may hesitate to dramatically expand its 737 MAX order -- it already has 32 on the way -- while the type is still grounded.

However, Boeing has already developed a software fix, cockpit changes, and enhanced pilot training procedures to prevent a repeat of the recent tragedies. It has completed nearly 100 successful test flights with the new software. Boeing is close to submitting its solution to the FAA and other aviation safety regulators. If all goes well, the grounding of the 737 MAX could be lifted worldwide by the summer.

At that point, Boeing could be anxious to reinvigorate the 737 MAX program's sales momentum, particularly if a significant number of customers cancel their orders. As a result, it may be willing to offer especially big discounts to secure an order from Alaska Airlines that could exceed 100 planes, including both replacement of the Airbus fleet and growth aircraft.

The biggest advantage of maintaining a mixed fleet, according to Alaska Air's 2017 investor day presentation, was the potential to reduce aircraft purchase costs by pitting Boeing and Airbus against one another for every sale. Now, Boeing's 737 MAX fiasco could give the carrier an opportunity to secure rock-bottom prices for up to a decade of aircraft purchases. That might be all the incentive Alaska Airlines needs to commit to a big Boeing 737 MAX order and begin the process of returning to a single fleet type.