Consider loosening your portfolio's belt to make room for these three promising chains.

Finding success in the restaurant industry can be an elusive goal, from weathering changing consumer tastes to an outsized reliance on discretionary income and the need to navigate steep competition in a notoriously crowded space.

But for astute investors who know where to look, the right restaurant stocks can be a satisfying source of market-beating gains. So we asked three top Motley Fool contributors to each discuss a restaurant stock they think investors would do well to buy today. Read on to learn why they chose Noodles & Company (NDLS -2.68%), Red Robin (RRGB -2.82%), and Chipotle Mexican Grill (CMG 1.70%). 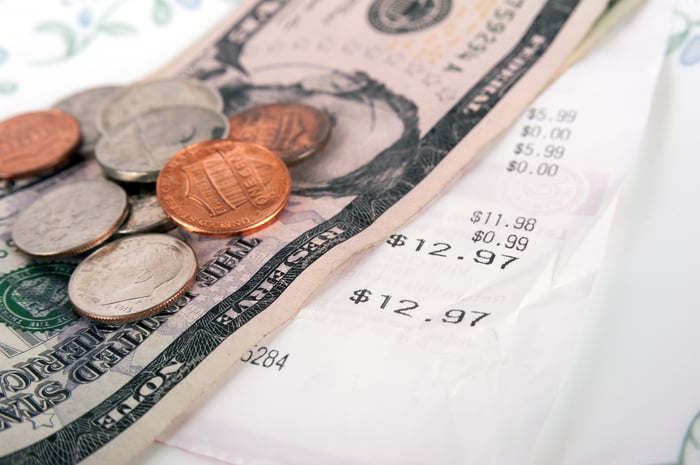 Take a bite near fresh lows

Steve Symington (Noodles & Company): Noodles & Company stock recently hit a new 52-week low despite what management described last month as "strong" quarterly results. To be fair, it was no surprise to see shares plunge at the time considering the chain's revenue climb a modest 0.4% year over year to $113.2 million, while earnings remained flat at a penny per share. Both figures fell short of consensus estimates, which had called for earnings of $0.03 per share on revenue of $113.8 million.

But we shouldn't forget Noodles & Company also achieved solid comparable-restaurant sales growth of 4% -- which more than offset the impact of strategic restaurant closures over the past year -- indicating success in its efforts to lure diners with initiatives ranging from digital ordering to last year's introduction of its now-popular zucchini noodles.

Further, executive chairman Paul Murphy noted the company had "maintained momentum" into early 2019 with positive comps despite severe weather in many markets. Coupled with ample liquidity and a real estate pipeline Murphy described as "in great shape," Noodles & Company stands poised to resume new restaurant openings and accelerate growth in the coming years.

With the stock trading today at just above a third of its $18-per-share IPO price in 2013, now could be a great time to grab some shares and stay awhile.

Anders Bylund (Red Robin Gourmet Burgers): At first glance, it might seem silly to recommend this upscale-ish burger chain. Over the last four earnings reports, Red Robin missed two of Wall Street's earnings estimates and fell short of analysts' revenue targets in all four. The stock has plunged over 50% lower in 12 months, including a 13% drop across the last quarter. Clearly, this company has seen better days.

But you know what they say about buying when there's blood in the streets. Red Robin is actually a quality business with serious turnaround plans already in motion, and investors who take the plunge now could reap big rewards in a year or two.

Despite the recent earnings misses, this is not a company in freefall. Red Robin's annual revenue has held steady over the last three years while free cash flows nearly tripled. The board of directors knows that the casual dining sector is evolving in a hurry and is taking steps to stay relevant.

I realize that not every turnaround effort pays off and that Red Robin's CEO choice remains up in the air. That being said, I like how the company is thinking about the market conditions and I wouldn't mind picking up some shares at these low prices. The stock is trading at less than 5 times free cash flow, leaving plenty of room for a generous bounce.

It's time to give Chipotle another chance

Chris Neiger (Chipotle): It's understandable if some investors are still skeptical about Chipotle. The company had a series of food safety issues over the past couple years that pushed Chipotle's share price down from its high back in 2015. But the company -- and its share price -- have turned the corner since then.

Chipotle reported strong fourth quarter results in February with comparable-store sales up 6.1% year over year and revenue up 10% from the year-ago quarter. Part of the company's recent success comes from its digital sales -- from its app and website -- which popped 66% in the quarter and now account for nearly 11% of the top line. All of that positive news has helped push up Chipotle's share price over 60% since the beginning of the year.

But investors shouldn't be worried that Chipotle's recent share price gains are over. Aside from its growing digital sales, which should continue to help the company grow, the company is also pursuing new avenues to boost sales, like improving and expanding its drive-thru services and adding new menu items based on popular diet trends.

Chipotle's stock is trading at about 55 times the company's forward earnings right now, which of course, isn't cheap. But with this restaurant company's growing sales, new menu items, and booming digital initiatives, investors can likely expect more growth from Chipotle's sales -- and rest easy that the company's darker days appear to be behind it.

To be clear, nobody can guarantee any given stock will go on to deliver palatable returns and beat the market in the process. But between Noodles & Company's solid comps and potential growth acceleration, Red Robin's ongoing turnaround, and multiple tailwinds that could help Chipotle grow into its seemingly rich valuation, we think they're well-positioned to do exactly that.