The chipmaker upgrades its older GPUs with a feature previously reserved for newer cards.

NVIDIA (NVDA -1.51%) recently added ray tracing, a technology that adds real-time cinematic lighting and shadows to objects, to some of its older Pascal GPUs. The feature was previously only available for its newer Turing GPUs.

This decision seems odd, since NVIDIA previously promoted ray tracing as one of the exclusive new features for its Turing GPUs. It also seems risky, since NVIDIA already posted a disastrous 45% year-over-year drop in gaming GPU revenue last quarter. 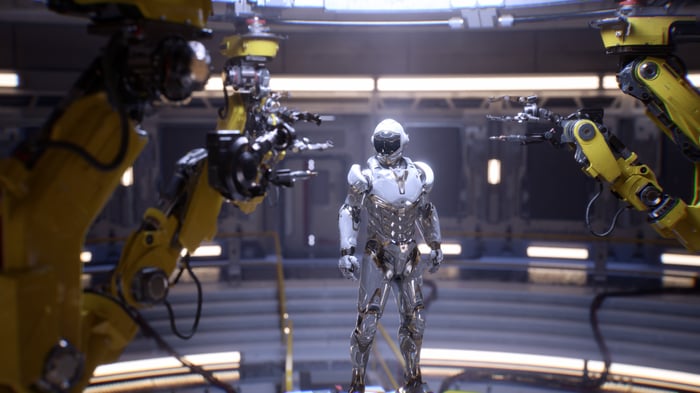 But if we take a closer look at the gaming GPU market, we'll realize why NVIDIA is upgrading its older cards. This strategy might boost its GPU sales, but it could also backfire -- and throttle demand for its newer cards.

NVIDIA's GPU sales hit a brick wall during the fourth quarter as the end of the cryptocurrency mining boom flooded the market with cheap Pascal cards. Meanwhile, the most popular PC games in the world still don't require high-end cards.

Newzoo currently lists League of Legends, Apex Legends, Counter-Strike: Global Offensive, Hearthstone: Heroes of Warcraft, and Fortnite as the six most popular core PC games in the world, in that order. All of those games run on high frame rates on Pascal GPUs, and none of them supports the Turing's ray tracing features.

As a result, gamers are either buying cheaper GPUs or postponing their GPU upgrades, which causes developers to avoid big graphical upgrades in their games. Moreover, many developers now emphasize a game's cross-platform compatibility (between PCs, consoles, and mobile devices) to reach a larger number of gamers over its graphical fidelity on high-end PCs. Simply put, graphics don't matter as much they used to. 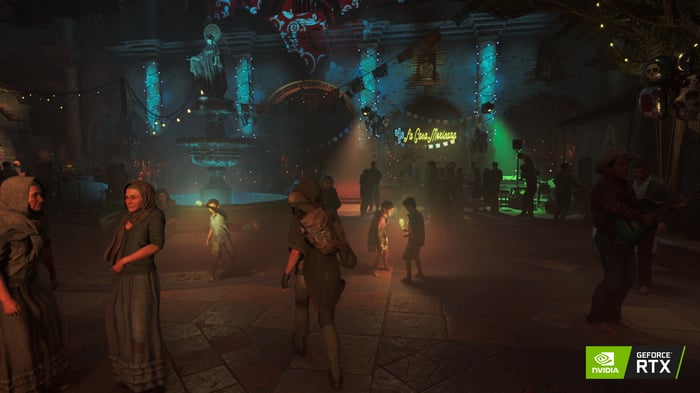 Several high-end "triple A" games like Shadow of the Tomb Raider and Battlefield V feature ray tracing, and enthusiasts demonstrated the technology's potential to add realistic shadows to older games like Quake II and Minecraft.

Those demonstrations were impressive, but they didn't convince mainstream gamers or developers that it was an essential upgrade yet. Therefore NVIDIA seems to believe that adding the feature to its higher-end Pascal cards (1060, 1070, and 1080) via a driver update might boost mainstream exposure to ray tracing features.

However, Engadget recently noted that "reflections and shadows will be six times slower" in some high-end games with the feature enabled. Most gamers aren't willing to sacrifice that much performance for prettier effects, but it might convince more game developers to add ray tracing as an optional graphics feature -- which might, over time, convince more gamers to buy Turing GPUs. That could widen NVIDIA's lead against AMD, which still hasn't added dedicated ray tracing features to any of its high-end cards.

But this move could also backfire...

NVIDIA clearly wants to whet the market's appetite for Turing GPUs, but it could backfire if developers stick with basic ray tracing features that work well on Pascal GPUs. It could also convince gamers to postpone their upgrades even longer -- which would be dire news for the chipmaker's core gaming business.