Please ensure Javascript is enabled for purposes of website accessibility
Log In Help Join The Motley Fool
Free Article Join Over 1 Million Premium Members And Get More In-Depth Stock Guidance and Research
By Ashraf Eassa – Updated Apr 16, 2019 at 8:50AM

Here's what needs to happen for an acceleration to make sense.

Tech giant IBM (IBM -0.26%) offers a relatively generous dividend yield of about 4.4%. While the company's financial performance has been relatively lackluster, with revenue and free cash flow dropping by roughly 18% and 13% over the last five years, respectively, it has dutifully raised its dividend each year. IBM can afford such a generous payout thanks to a combination of robust free cash flow generation and aggressive share buybacks that allow the company to split its free cash flow between fewer shares.

While IBM's current dividend payouts are well below what the business's free cash flow generation could theoretically support, keep in mind that many companies tend not to want to set their dividends at levels that they can't comfortably sustain even during rough times. 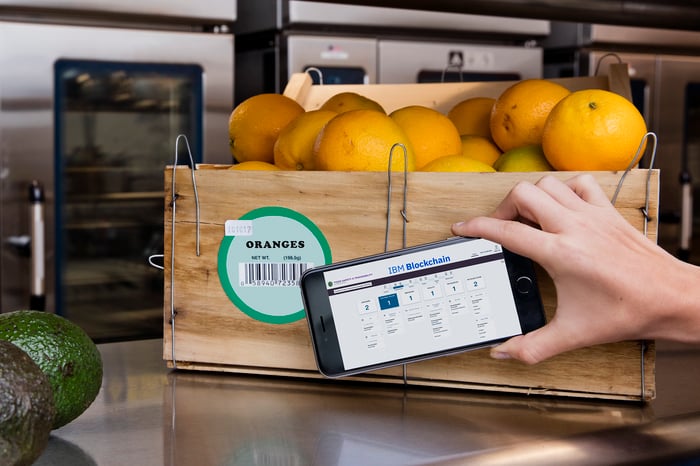 Additionally, IBM recently dropped $34 billion to scoop up open-source software specialist Red Hat in a bid to accelerate its revenue and free cash flow growth, which it funded through a combination of debt and cash on hand. IBM isn't pausing its dividend program as it aims to de-lever after the close of the Red Hat acquisition, but it's putting the brakes on its buyback program to redirect that free cash flow to debt reduction.

One question that might be on some investors' minds, though, is the following: What would it take for IBM to accelerate its dividend growth rate, which has been fairly anemic in recent years (IBM raised its dividend by just 5.3% in 2018, a slowdown from the 7.3% increase that it delivered in 2017)?

As mentioned above, IBM's free cash flow has actually dropped by approximately 13% over the last five years. IBM has managed to deliver dividend increases despite that, but it's hard for a company to sustain that over time if its free cash flow generation is flat or down.

So the key to IBM reaccelerating its dividend growth rate will need to be a return to sustainable, meaningful free cash flow growth. Such growth isn't going to happen in 2019, as the company's guidance for the year calls for the tech giant to generate about $12 billion in free cash flow -- up just 1% from the $11.9 billion that it generated in 2018.

Now, on the bright side, there does seem to be hope. My Fool.com colleague and IBM bull Tim Green recently argued that "the pieces are in place for IBM to return to consistent, sustainable growth," citing the company's efforts in cloud computing, blockchain, artificial intelligence, and cybersecurity as potential drivers.

Indeed, if IBM can return to more sustained growth over the long term, then the company could grow its free cash flow at a faster clip since its underlying business fundamentals in that case would be in much better shape. Moreover, if the company continues buying back shares aggressively after it has appropriately de-levered from the Red Hat acquisition, that, combined with a return to free cash flow growth, could help further fuel its dividend growth.

It's worth noting that one of the reasons that IBM's dividend yield is so high is that the stock trades at a relatively depressed multiple (just over 10 times forward earnings as of this writing). If IBM were to show that it can deliver consistent free cash flow growth, then that could potentially drive the share price higher as its free cash flow per share might be up significantly and investors might be willing to pay more for that free cash flow (or put another way, IBM could be rewarded with a higher price-to-free cash flow multiple.)

Now, this would clearly be a good thing for current IBM shareholders -- IBM would potentially be able to offer fatter dividend payments and investors would enjoy the resulting share price appreciation. The downside, though, is that if you're primarily an income-oriented investor that likes to reinvest dividends, the yield on newly purchased shares higher prices could be quite a bit lower than it would be today.