Shares of Smart & Final Stores (NYSE:SFS), a value-oriented food retailer combining a warehouse store style with traditional grocery offerings to provide a one-stop shop, are soaring over 20% Wednesday morning after it agreed to be acquired by funds managed by affiliates of Apollo Global Management (NYSE:APO).

Smart & Final Stores announced Tuesday afternoon that it had entered into an agreement to be acquired by private-equity firm Apollo Global Management for $6.50 per share in cash. Shares of SFS jumped to $6.48 Wednesday, nearly matching the buyout price, a sharp increase from its Tuesday closing price of $5.39 per share and roughly 25% higher than its average closing share price over the past 24 trading days, following its March 13, 2019 earnings announcement. 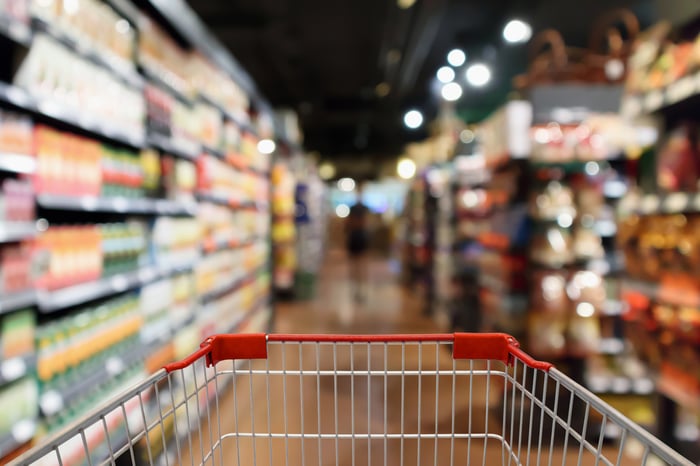 "We are excited about the future as we embark on a new chapter in our almost 150-year history, with a strategic partner that understands our strengths, culture and customer-centric philosophy. We would like to thank Ares Management for its partnership and support in helping us grow our business to where we are today," said David Hirz, Smart & Final's chief executive officer, in a press release.

Tuesday's acquisition announcement begins the newest chapter in an ongoing story for Smart & Final Stores investors. Apollo Global Management previously owned the company before selling to Ares Management Corp, a similar buyout firm, in 2012 for $975 million including debt. But reacquiring Smart & Final Stores is far from a foolproof plan for Apollo, considering its $1.4 billion buyout of Fresh Market in 2016 has underwhelmed investors. Further, Smart & Final will face increasing competition from rivals Walmart and Dollar General and e-commerce firms such as Amazon, which acquired Whole Foods Market in 2017.