Thursday was a relatively quiet day on Wall Street, as market participants were uncertain how to respond to conflicting messages on the geopolitical and macroeconomic fronts. By most readings, the U.S. economy continues to do well, but a delay in trade talks between leaders of the U.S. and China spurred more nervousness about whether tariffs could hold back economic growth globally. Some bad earnings results also weighed on investor sentiment. Dollar General (NYSE:DG), Cloudera (NYSE:CLDR), and Smart & Final Stores (NYSE:SFS) were among the worst performers. Here's why they did so poorly.

Shares of Dollar General fell more than 7% after the dollar-store retailer reported its fourth-quarter financial results. Dollar General's performance was reasonably good, including a rise in net revenue of 8.5% on a 4% gain in same-store sales during the period. Earnings per share climbed 24% after adjusting for one-time impacts in both quarters. However, investors weren't entirely satisfied with fiscal 2019 projections for revenue growth of 7% on a 2.5% rise in same-store sales, and earnings of $6.30 to $6.50 per share would represent growth of just 5% to 9% from past-year levels. Dollar General has ambitious long-term strategies to boost profitability, but investors are waiting to see if it can execute on those plans successfully. 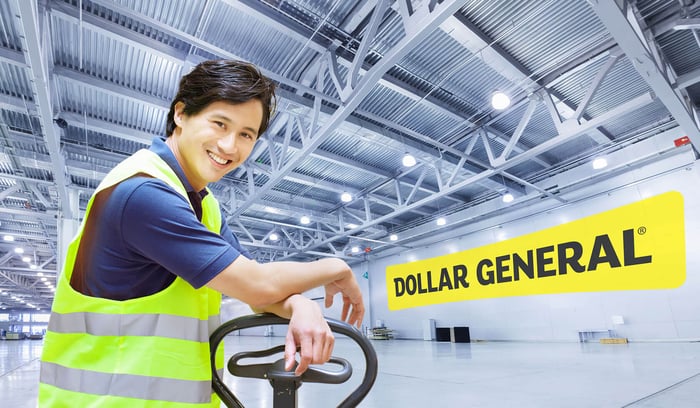 Cloudera gets stuck in the fog

Cloudera saw its stock plunge 20% following the release of the cloud data specialist's fourth-quarter financial report. The company continued to post strong growth, with sales climbing 37% from the year-ago quarter on a 42% rise in subscription-based revenue. However, losses widened dramatically during the period, and even though the guidance that Cloudera gave investors included calls for a whopping 76% growth rate for overall revenue during the coming fiscal year, continued losses left investors wanting more. Cloudera's merger with HortonWorks is now complete, but shareholders need to see the positive impact from that move before they'll be fully confident in the combined company.

Finally, shares of Smart & Final Stores dropped over 16%. The grocery store retailer reported a 3% rise in net sales during the fourth quarter of 2018, with comparable-store sales climbing just 1.9%. A big goodwill impairment charge caused Smart & Final to post a loss, and even after accounting for extraordinary items, adjusted net income fell by nearly half from the year-ago period. CEO David Hirz sees promise for Smart & Final, as it aims to "aggressively expand online options for both our small business and household customers by introducing new e-commerce channels and order fulfillment options." Given how competitive the industry is right now, though, it'll take a lot of hard work for Smart & Final to recover fully from its recent slump.