Since its public debut in late 2017, Stitch Fix (NASDAQ:SFIX) has had a remarkable run. The stylish apparel subscription service is up nearly 75% since its IPO, but the stock was up as much as 200% before the year-end decline that pummeled most tech stocks.

For those who don't know how it works, customers fill out a profile, and Stitch Fix marries data science and algorithms with fashion to supply its subscribers with a curated selection of handpicked clothing, shoes, and accessories that is delivered to their homes at regular intervals. Customers pay for what they like and return the rest, while providing feedback regarding the products they received that helps to improve future selections.

Success breeds competition, as the saying goes, and now Walmart (NYSE:WMT) is getting into the act. 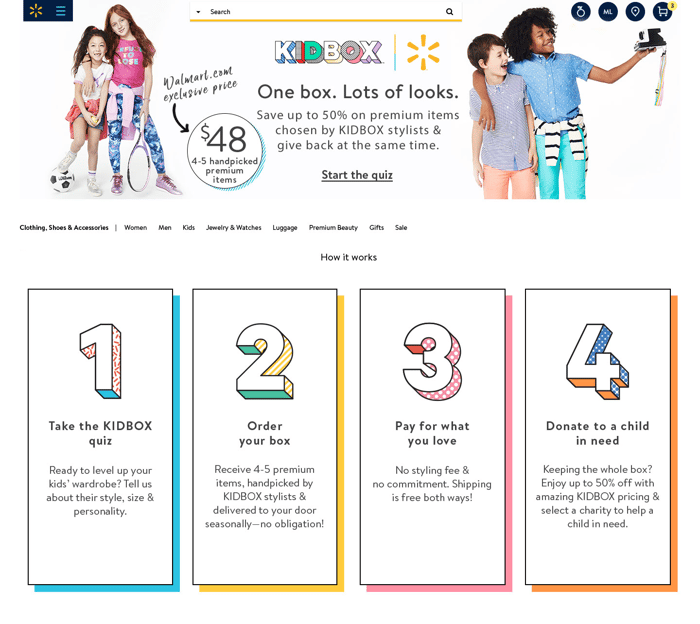 Walmart wants a piece of the action

Walmart announced this week that it is partnering with start-up Kidbox -- a subscription apparel service geared toward kids -- to offer exclusive, curated clothing boxes for children. The service will provide four to five kids' clothing items in each box at a cost of $48 -- which the company says is 50% off the suggested retail price for the group of bundled items. Customers will also have the option of receiving the deliveries seasonally. The assortment will include more than 120 premium kids' brands, including BCBG, Butter Super Soft, C&C California, and Puma.

The clothing will be available in sizes from 0 to 14 for girls and 0 to 16 for boys, and it will host a wide range of apparel, from sweaters and denim to dresses and graphic t-shirts.

Similar to Stitch Fix, customers will fill out a style quiz that will help tailor each box based on the child's style preferences, where the child lives, and the season. Walmart also said it won't charge a styling fee, a clear shot at Stitch Fix, which typically charges a $20 styling fee, though it can be applied as a credit toward any clothing items purchased from the shipment.

Parents have the option of ordering a single box or signing up for automatic delivery of six boxes per year, which are scheduled to coincide with the changing of each season, as well as back-to-school and the holidays. As an added bonus, for every full box purchased, Kidbox will make a donation to Delivering Good to help clothe a needy child.

A focus on kids

Over the past year, Walmart has significantly expanded its selection of kid's fashions, adding more than 100 new brands including Betsey Johnson, Kapital K, Levi's, Limited Too, and The Children's Place in order to attract more clothing shoppers to the company's e-commerce website, Walmart.com.

The company has made other moves to entice more shoppers, including expanding sizing across children's apparel and launching new websites for dance essentials and gymnastics clothing.

This is Walmart's second such foray into subscription boxes. Back in 2014, the company debuted Beauty Box, which sends out samples of selected beauty products every three months for just $5 per delivery. The boxes also include beauty tips and suggested beauty products sold at Walmart. 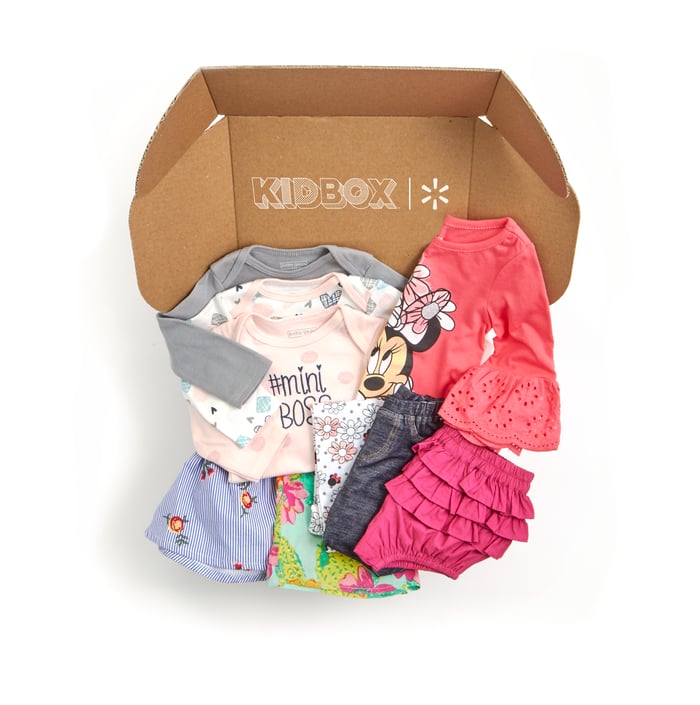 It's important to note that while Stitch Fix is geared toward children and adults, Walmart is currently focusing only on children's clothing. The Walmart box is competitively priced at $48 for four to five items, which compares favorably with Stitch Fix, which charges $10 a piece for children's items.

Two other privately held companies, Rockets of Awesome and Rent the Runway -- which rent clothing -- are also competing in the space.

While this move may not have an immediate impact on Stitch Fix's business, it shows that the competition isn't content to sit still while Stitch Fix reaps all the rewards.