Do you want to invest in a good stock without breaking the bank? I thought so.

Quality stocks below $10 aren't exactly numerous, but good companies can be found in this bargain bin. In that spirit, here is a pair of stocks with beaten-down prices that deserve better treatment...and perhaps even a spot in your portfolio. 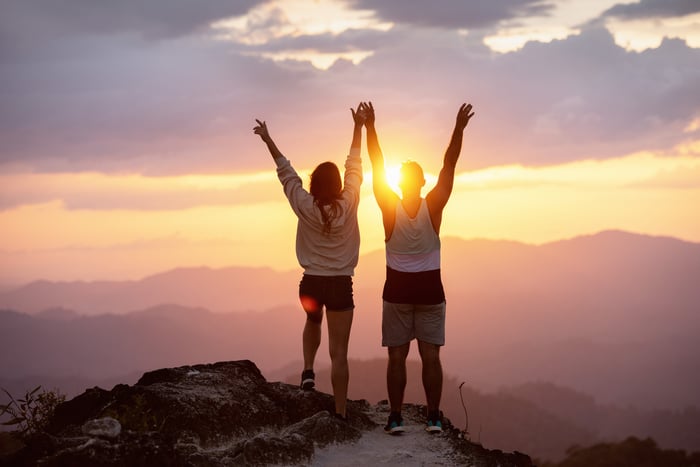 As with a growing number of tech categories, China is trying to carve out a lead in car technology. This greatly benefits domestic companies operating in the space, like Kandi Technologies Group (NASDAQ:KNDI). That's because Kandi manufactures electric vehicles, and the government subsidizes ownership of such next-generation craft.

But maybe for not much longer. In March, the government announced that the subsidies for long-range EVs would be sliced by a painful 50% from current levels. Although there are solid reasons for the subsidy cut, it was a deeper cut than expected, and investors reacted accordingly. Are the subsidies about to dive to zero? Kandi stock has had the blues ever since.

I think this is an overreaction. The government aims to wean the market off subsidies in the very near future anyway. Meanwhile, the nation's well-off consumers want cool cars, just like us -- and will likely be willing to pay a chunky price for them.

On top of that, the company's fundamentals are improving markedly. Kandi's fiscal 2018 results showed year-over-year revenue growth of more than 9% (to just over $112 million). The company also managed to substantially trim its net loss, to less than $9 million from its 2017 shortfall of $23 million. This is a company on the move in a segment with a glaringly bright future.

The left-for-dead mobile-device king of the 1990s, BlackBerry (NYSE:BB) is continuing a long comeback with a stock that's a compelling alternative to some of the top names in its industry.

A company that was once yesterday's technology has pivoted to tomorrow's hot segments. Not unlike Microsoft, it has transformed into a pure-play software and services company -- those cute email devices are very much now in its past.

Management has smartly targeted such promising corners of tech as automotive and the Internet of Things (IoT) for growth, and it seems to be working. BlackBerry's software and services segment grew at a 16% year-over-year rate in its most recently reported quarter. Happily, that's offsetting the declines of the legacy hardware business.

Investors are still avoiding the stock, by and large. I think they're spooked by the company's recent history as a fallen tech darling, and don't necessarily buy into its phoenix-from-the-ashes story. They might also fear that BlackBerry is turning into a one-trick pony, as the aforementioned software and services business is now responsible for nearly all its revenue.

But BlackBerry is pivoting in a clever direction, and has won muscular clients like Jaguar Land Rover. It's also fortifying its business through complementary acquisitions. I think the fundamentals will continue to show improvement, with the stock price rising accordingly. Many analysts are bullish on the company; collectively, they are projecting top-line growth of at least 23% in fiscal 2020.