Exactly a year ago today, e-commerce juggernaut Amazon.com (NASDAQ:AMZN) confirmed that its global Prime member base had "exceeded 100 million." That was a rare disclosure from a company known for playing important operating metrics close to the vest. Amazon did not provide a geographical breakdown of the member base, which would be necessary to figure out just how much the company brings in from Prime membership fees since prices vary wildly by market.

In the core U.S. market, Prime could be approaching its peak. 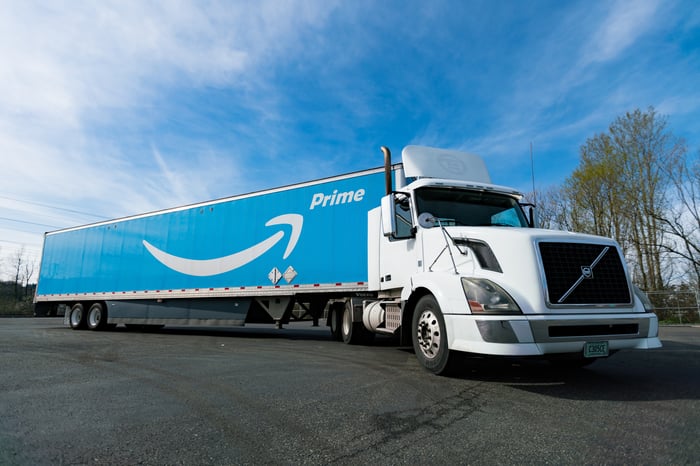 Sequential growth has slowed to a crawl

Consumer Intelligence Research Partners (CIRP) released a research report yesterday that points to slowing growth in Amazon Prime membership in the U.S. There were an estimated 103 million U.S. Prime members at the end of the first quarter, and they spend an average of $1,400 per year, according to the report. That's quite a bit more than the $600 per year that non-Prime customers spend. CIRP's findings are based on a survey of 500 adults in the U.S. conducted during the quarter.

"Amazon Prime has showed signs of slowing growth in the US, and this quarter confirms this," CIRP co-founder Josh Lowitz said in a statement. He continued:

In particular, year-over-year growth has flattened. After the holidays, the March quarter is typically slow, and this one was worse than past ones. Amazon Prime grew 2% over the December 2018 quarter, similar to the first quarter increase last year, but year-over-year growth was 11%, down from 16% from March 2017 to March 2018.

That sequential growth rate of 2% is particularly important, as CIRP estimated in January that there were 101 million U.S. Prime members at the end of the fourth quarter.

It should come as little surprise that Prime is peaking in the U.S. market. The membership program was created over 14 years ago and offers incredible value to members, as Amazon has always included a slew of perks and other benefits beyond just free two-day shipping. The value perception of Prime is so strong that members barely flinch when Amazon hikes the price by a whopping 20%.

Here's another way to look at the figures. There are 127.6 million households in the U.S., according to the U.S. Census Bureau. That means that Amazon Prime, which can be shared within a household, enjoys roughly 80% penetration among all U.S. households -- an incredible penetration rate for any subscription business. That could even prove conservative, as there is likely some level of account sharing across households.

There isn't any low-hanging fruit left. CIRP's estimates also show that Amazon is now struggling to retain newer members, with only 64% of new members converting from free trials to paid membership. Prime has incredibly strong retention rates among Prime members who have been subscribers for a year or more, and the company may now turn its focus toward nudging longtime members to spend more or continue exercising its pricing power with future price hikes.

Still, it's hard to complain when you're already in at least 80% of U.S. households.