The wireless-infrastructure veteran delivered moderate, predictable growth on almost every metric, except for GAAP earnings. 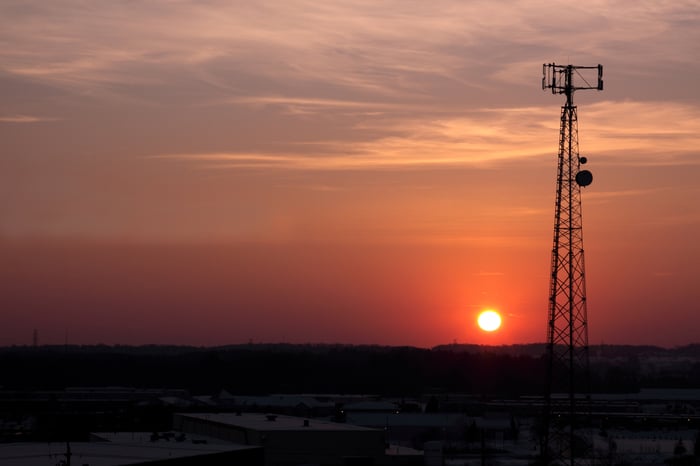 Despite the international flavor of Crown Castle International's corporate name, its management is focused on the domestic market with no serious plans of expanding abroad. That much was clear from this quarter's earnings call.

"Recent commentary from the White House and FCC that they are committed to ensuring the US wins the race to be the world's leader in providing 5G underscores our belief that the US is the best market in the world for infrastructure ownership," said CEO Jay Brown.

Even so, the company likes to zero in on the strongest possible metro markets. "The vast majority of [our capital investments] would be focused on the top 30 markets currently in the US, that's the focus of the wireless operators," Brown said. "So the vast majority of our capital is, we're supporting them and building for them. It's really focused in those top 30 markets."

He did leave a foot in the door for the top 100 domestic markets, hoping to spark sustainable growth across a wider footprint. But Crown Castle is putting most of its network investment cash into a selected handful of proven markets.

Based on the steady first-quarter results, Crown Castle left its full-year guidance targets unchanged from the fourth-quarter report's. As a reminder, that means site-rental revenue of approximately $4.96 billion with earnings near $1.97 per share. Adjusted funds from operations profits are expected to stop in the neighborhood of $2.44 billion.