Both may be playing a longer game to get a better deal.

Australian casino operator Crown Resorts (NASDAQOTH: CWLDF) angered Wynn Resorts (WYNN 4.32%) by prematurely revealing the two were in acquisition talks, causing Wynn to walk away from the negotiating table. Although other gaming companies may begin making inquiries now that they know Crown is on the market (which may have been the tactic all along), don't count Wynn Resorts out of the running yet.

The global casino giant needs a new gambling market to enter because Macau may have plateaued as China's economy slows; its license there will soon come up for renewal; and it may not win a license in Japan. With its rivals offering a more geographically diverse footprint, a chance to branch out into the Australian market, particularly by acquiring the country's premier gaming operator, is one it won't pass up lightly, no matter how out of joint its nose currently is. 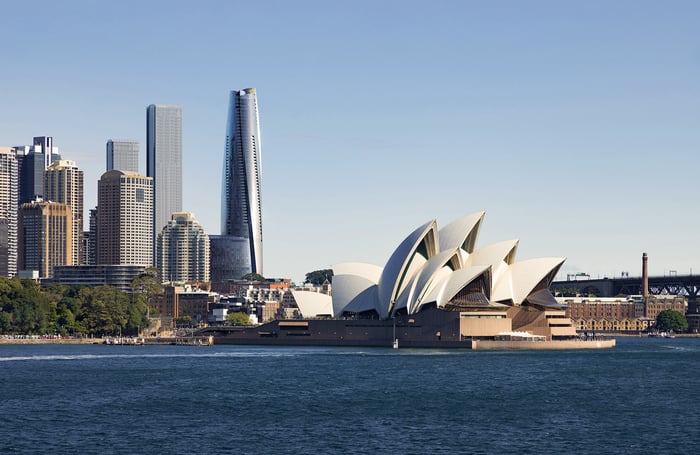 A deal both need

Wynn was reportedly proposing a deal worth 10 billion Australian dollars, or $7.1 billion U.S., that would have been paid for half with cash and half stock. Although the deal would have immediately launched Wynn into the leadership position in Australia, it wouldn't necessarily have been popular with Wynn investors because the Australian market is slowing.

Earlier this year, Crown Resorts reported that spending by "VIPs," mostly Chinese tourist gamblers, had slowed dramatically, with turnover falling 12%, compared with a 16% increase in the year-ago period. In an earnings call, Crown CFO Ken Barton told analysts, "People at the premium end have been coming to the property in the same numbers, but spending less."

It's a similar situation in Macau, where trade tensions with the U.S., a contracting economy, and enhanced regulations on the gambling enclave have caused VIP revenue to decline 10% in the first quarter, according to analysts at Morgan Stanley.

Further, the deal could potentially put Wynn in the somewhat difficult position of relying even heavier on the Chinese VIP market, which is lucrative when it's growing, but rough when gamblers start saving their chips. More than three-quarters of Wynn's adjusted property EBITDA is derived from its Macau operations.

However, though it may not be as robust as it once was, once Crown Resorts completes its new Sydney resort it could be the key to the industry's revitalization -- much the way the opening of the Wynn Palace in Cotai helped launch the rebound in Macau.

It's thought Crown might have leaked the negotiations with Wynn in hopes it would attract other resort operators to weigh in, boosting the amount that might be offered. Hard Rock International and Genting Group are now said to be considering bids.

Similarly, Wynn may have left the table angry, but also because it believes some of its biggest rivals, like Las Vegas Sands (LVS 6.09%), MGM Resorts (MGM 1.56%), or even Melco Resorts & Entertainment (MLCO 7.01%), might not be interested in expanding into Australia.

The three are considered leading contenders for licenses in Japan, which underscores that by approaching Crown for a possible deal, Wynn thinks its chances there are slim. It had previously pledged to spend as much as $10 billion on an integrated resort if its bid was successful, but the Australian deal would negate its ability to do both.

Wynn is also not as geographically diverse as Sands, Melco, or MGM. While all rely upon Macau for a good portion of their revenue, if not most, Sands also owns the Marina Bay Sands in Singapore, Melco operates in the Philippines, and MGM has numerous regional casinos in the U.S.

As perturbed as Wynn Resorts is with Crown Resorts talking to the media about negotiations that were only at their very earliest stages, it seems a good bet it hasn't completely written off a deal and we may still see a merger agreement emerge.

Wynn's Results Are a Tale of Two Cities
397%