While many analysts will be focused on the latest quarterly projections, here's what I'm watching as a long-term investor.

During earnings season, it can often be difficult to find the signal in the noise. When Proto Labs (PRLB 2.87%) reported strong growth last quarter, the company's stock fell 28% on near-term concerns.

Investors are best off not getting overly distracted with short-term forecasts and instead, staying focused on the longer-term story our investments tell us. As a Proto Labs shareholder myself, here's what I'm watching when the company reports on April 25. 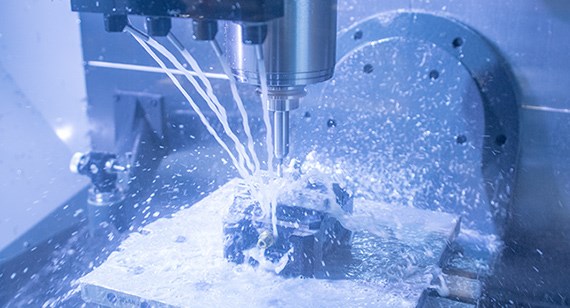 While revenue growth can often be lumpy from one quarter to the next, I want to see this figure clear 20%. This is my benchmark as a growth investor for the companies in my portfolio.

In fact, Proto Labs easily beat this mark in 2018 when it reported a year-end result of 29% growth. If the company drops below this bar on an annual basis, that's a red flag that results could be slowing and a signal to investors to look out for underlying problems.

Proto Labs targeted annual profit margins of at least 56% as recently as 2017. However, in the fourth quarter, this figure fell to just 52.5%. Management claimed that this drop was mainly due to integrating their recent acquisition of Rapid Manufacturing Group (RAPID) and some inefficiencies in moving to a new computer-controlled, or CNC, manufacturing facility.

While the company expects gross margin to remain at this lower level for the first quarter, neither of the above issues appear to be long term in nature. However, looking further out in 2019, management should deliver on its goal of sequential margin improvements over the coming year, gradually returning to that mid-50% level.

When the company purchased RAPID in Nov. 2017, it added the ability to rapidly prototype and manufacture sheet metal products while expanding its CNC capabilities. As reported earlier, there have been integration issues, mainly with getting the company's sales staff up to speed on the new services and products.

Acquisitions are often a challenge for management teams, and investors will want to see how this deal pans out. Keep a close eye on how well the sales force is able to promote the new services and whether or not orders for sheet metal products actually grows revenue for the company by year end.

Growth in the user base

In 2017, Proto Labs announced they had over 35,000 developers using their rapid prototype and production services. Last year, that number grew to over 41,000, an increase of 18%.

The company has stated that they consider aggressively growing the number of customers their top priority for the next several years. Management plans to invest heavily in sales personnel, customer technical resources, and data analytics to attract and retain new customers. I want to see this investment payoff with continued strong growth in the number of developers using their services.

Taking the helm in 2014, CEO Victoria "Vickie" Holt faced the goal of growing Proto Labs revenue to $1 billion. As the company works toward that goal, she has helped build Proto Labs into the world's largest digital manufacturer. Under her leadership, the company has doubled the number of active developers and expanded into new areas such as medical equipment markets and the lighting industry. And in this time, the company has more than tripled revenue from $135 million in 2013 to $445 million last year.

Holt has been at the helm of Proto Labs for over five years now, and much of my personal investment thesis is based on her leadership. While there are no indications that she is ready for a change, it remains a potential variable that I'm watching. If she were to leave, I'd have to give significant thought to whether I want to continue to own the stock as I believe leadership is one of the greatest factors in a company's success.

Proto Labs will report before market open on April 25. While the results of one quarter might not be enough to base investment decisions on, they will give us some clues as to how well our company is performing. Over time, the trends we follow give us a far better understanding of the business than just a single quarter of results.