Warren Buffett bought his first stock when he was just 11 years old. Roughly two decades later, he bought shares in a beleaguered textile company, eventually taking over and turning it into Berkshire Hathaway (BRK.A -0.44%) (BRK.B -0.47%), the $500 billion conglomerate that we know today. Buffett started as a value investor and remains so, typically investing in stocks underappreciated by Wall Street.

Of course, a low valuation metric is only one of the characteristics Buffett looks for in a stock. The stocks in Berkshire's portfolio share several common links, including an economic moat, strong financials, trustworthy management, and brand and pricing power. Three such stocks Buffett doesn't own but our Motley Fool contributors believe he might love are Dollar Tree (DLTR -3.15%), A.O. Smith (AOS -1.33%), and Sarepta Therapeutics (SRPT -0.20%).

Rich Duprey (Dollar Tree): Beaten-down dollar store giant Dollar Tree might be the kind of stock to find favor with Buffett. Although activist investors are targeting the deep discounter, management seems to be implementing a strategy that balances the calls for change along with its own objectives for growth.

Following Dollar Tree's acquisition of Family Dollar, an industry-leading performance was upended and dragged down by the failings of the acquired business. For example, where Dollar Tree's operating margins had exceeded those of rival Dollar General (DG -1.43%) before the acquisition, now they trail. The stock had also outperformed, but now it lags badly.

Hedge fund Starboard Value thinks Dollar Tree should make two primary moves: sell Family Dollar and raise its prices, though not so high that it's essentially replicating the Family Dollar model; just a dollar or so. 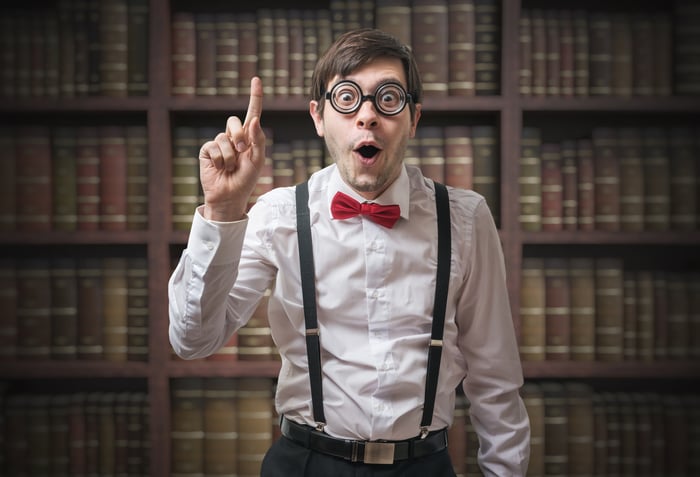 The thinking is that it can increase the selection and quality of the goods offered consumers and still keep its deep value proposition. Now, Dollar Tree finally agrees. Management recently agreed to test some higher price points, something it is already familiar with from operating the Deal$chain, which it closed down after buying Family Dollar.

It is still going to keep Family Dollar, however, believing it has finally turned the corner. Starboard Value has relented in that regard after Family Dollar posted higher comparable-store sales last quarter. It's willing to let management test its theory.

Buffett might find this situation enticing because Dollar Tree's stock has been beaten down but still has the potential to be a big growth stock again. With a management willing to listen to reason, and shares trading at just 17 times next year's earnings, Dollar Tree could be a good mix of growth and value.

The business has flourished over the years thanks to macroeconomic factors like a booming middle class and rising standards of living in populous countries like China and India and resilient aftermarket demand. Sales, earnings, and cash flow have grown manifold over the decades. Buffett loves companies with a proven track record. A.O. Smith has also consistently earned double-digit returns on equity and capital employed and has manageable debt on its books. 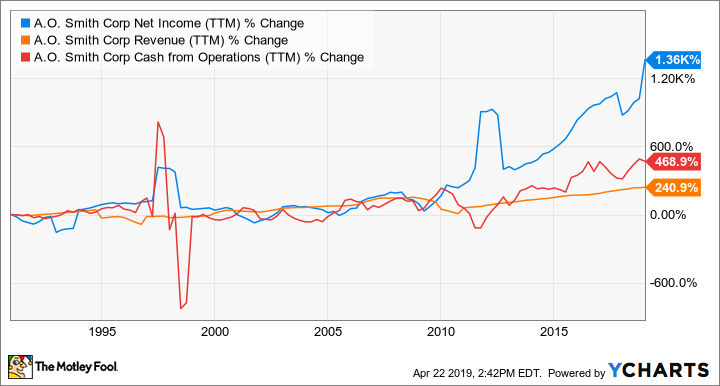 The company's brand image undeniably has played a major role in its success. Today, it is among the top water heater brands in the world. Just look at the stocks in Berkshire's portfolio and you'll realize how much value the legendary investor places on brand recognition.

That's not all. A.O. Smith is also the kind of dividend payer Buffett would love: It is a Dividend Aristocrat with a 25-year-plus track record of consecutive dividend increases. One might argue that at 22 times price to earnings and 27 times price to free cash flow, it may not appeal to the Oracle of Omaha. But even at these levels, the stock is trading below its five-year valuation metric averages. Given how the company meets most criteria typically found in Buffett's investments, it's hard to see why the stock wouldn't appeal to him.

George Budwell (Sarepta Therapeutics): Buffett's value-investing strategy is honestly more of an art than a science, which is the basic reason so few investors have been able to follow in his footsteps. However, Buffet's core strategy largely revolves around unearthing companies that are trading at steep discounts relative to their long-term outlook. The rare-disease specialist Sarepta Therapeutics fits that description almost to a tee.

The nuts-and-bolts version of the story is that Sarepta became the first company ever to bring a disease-modifying therapy to market for Duchenne muscular dystrophy (DMD) in 2016. This so-called exon-skipping therapy, dubbed Exondys 51, is projected to generate sales in excess of $600 million by 2020. And if Sarepta can get its next two exon-skipping therapies for DMD -- golodirsen and casimersen -- approved by next year as planned, the company's annual revenues should easily top $1 billion within the next two years.

Best of all, these three DMD therapies combined have the potential to produce peak sales of over $2 billion in the next decade, according to Sarepta's management. This top rare-disease company is thus trading at less than five times the peak sales opportunity of its exon-skipping DMD franchise. That's dirt cheap for an orphan drug company with a stranglehold on its core market.

The truly exciting part about this biotech, though, is its recent entrance into the field of gene therapy. By doing so, Sarepta should be able to ward off any would-be competitors in DMD for years to come. This mid-cap biotech therefore has a strong chance of building a formidable economic moat in its core market -- a feature that should appeal to classic value investors like Buffett.