The satellite radio provider will report its first quarterly results since the acquisition of Pandora Media earlier this year.

Sirius XM Holdings (SIRI -0.38%) seems to be doing a good job of cashing in on its recent acquisition of Pandora Media, but we'll have a clearer picture of the integration process later this week. The satellite radio provider offers up its latest quarterly results on Wednesday morning, and naturally the stakes are high for Sirius XM's first financial update since the deal for Pandora closed at the end of January.

Wall Street pros see revenue surging 29% to $1.77 billion for the first quarter, but curb that double take. Sirius XM continues to be the same company that's been posting single-digit percentage growth on the top line in each of the past four years. The padding here comes courtesy of Pandora, and for everything that it's contributing on the top line, it's also going to eat away at Sirius XM's bottom line. Analysts see a profit of $0.05 a share, down from the $0.06 a share it rang up a year earlier and its weakest adjusted earnings in nearly two years. Pandora's losses weren't enough to eat away all of Sirius XM's profitability, but it is gnawing enough to take a small bite. 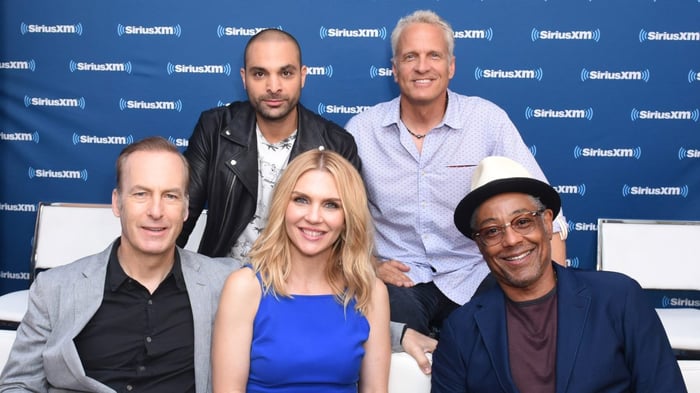 Sirius XM began the year with more than 34 million subscribers, and after nine consecutive years of adding at least a million subscribers, it should be on its way to hit 35 million by the end of the year. Investors will want to see how Sirius XM is holding up on the full-year guidance it initiated back in January.

A hallmark of a strong Sirius XM report is when it bumps at least one, if not all, of those metrics slightly higher, but any revisions will be blurry on Wednesday. Sirius XM is likely to roll out new guidance including the impact of Pandora.

The Pandora deal is a potential game changer for Sirius XM, giving the satellite radio monopoly strong footing in the streaming media market that has proven largely elusive in the past. Within days of the deal closing, Sirius XM was sending its satellite radio subscribers an offer for a free trial subscription to Pandora Premium, and things have only escalated from there.

Channel 3 on satellite radio receivers was rebranded as Pandora NOW earlier this month, offering a curated experience of the best that the streaming platform has available. This week, Sirius XM lowered the price of its streaming service for nonreceiver subscribers, a move that was long overdue if it wanted to break free from its dependency on auto travel. Sirius XM will likely talk up how that combination of the two companies is presenting new moneymaking opportunities.

This is shaping up to be an interesting week for Sirius XM. There are a lot more moving parts than usual, and once again, there's a lot riding on the media giant's ability to impress Wall Street.