Snap (SNAP -0.95%) reported a smaller-than-expected earnings loss in the first quarter of 2019 after market close on Tuesday, as the company's sales jumped and daily active users improved sequentially.

Revenue for Snap, which makes the Snapchat messaging app, increased by 39% in the quarter to $320 million. The company's sales were significantly higher than analysts' consensus revenue estimate of $307 million. Average revenue per user was up 39% as well, to $1.68. 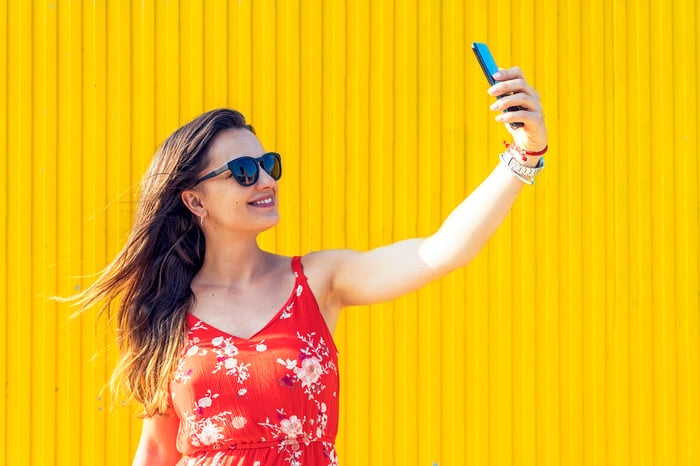 CEO Evan Spiegel said in a press release that, "In the first quarter we delivered strong results across our business with growth in daily active users and revenue."

Snap is trying to increase daily active users by updating its Android app, which it did at the end of the first quarter. The company said that changes to the app resulted in a 6% increase in the number of users sending Snaps within the first week after upgrading to the new app.

Snap investors will likely look to the company's growth in daily active users (and its revenue and earnings beat) as a strong sign that it is improving. But the business still has a long way to go before proving that it's a great long-term investment.