Adam Brownlee
(brownap02)
Author Bio
Adam Brownlee is the author of Building a Small Business That Warren Buffett Would Love, published by John Wiley and Sons in 2012. He has been a Motley Fool contributor since 2016 and focuses on long-term, value investments.
Follow @abrownlee01

For investors, McDonald's  (NYSE:MCD) is a bastion that delivers an annuity-like yield: the company has raised dividends every year since it started paying them in 1976. However, the system that delivers this yield is grinding with friction as franchisees rail against corporate. Is the dividend now in jeopardy?

The McDonald's model depends on cash flow from franchisees in the form of rents, royalties on sales, and advertising dollars. This leads to steady cash flow even during down economic times, which translates to a dependable dividend for investors. Think of dividend yield in terms of rental checks -- a $100,000 house that rents for $5,000 a year has a 5% "dividend yield". In the case of McDonald's, its yield is currently 2.4%.

However, the tenants in the McDonald's house are starting to question the rent payments. Why are they unhappy? 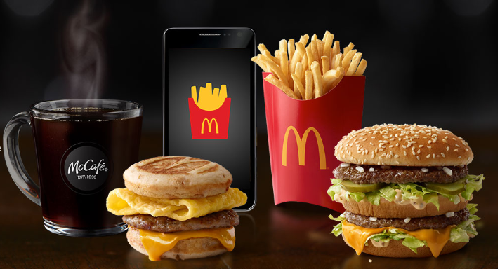 In 2017, McDonald's rolled out its "Experience of the Future," featuring restaurants replete with self-serve kiosks, sleek designs, and delivery capability. The idea was to keep McDonald's competitive in the cutthroat fast food industry, and it has shown some signs of working. Sales for global stores open at least a year were up from 2016 to 2018.

So why is this causing heartburn for franchisees?  It's because they have to foot a large part of the bill for remodels, which can cost up to $500,000 in some cases. Also, drive-thrus can produce 70% of a store's business. Why spend thousands of dollars on the inside when most customers will never see it? On top of this, corporate has handed down margin busting ingredients and value menu pricing handcuffs, which cut into franchisees' profits. In short, a win for corporate is not always a win for franchisees.

As a result, in December of last year McDonald's franchisees formed an owner's association, the franchise equivalent of a union, and started collectively voicing their concerns.

Is this a threat to the company's dividend? Look no further than Quiznos for the answer.

In 2006, about 10,000 Quiznos sub franchisees filed a class action suit against the company, alleging that the parent company had forced them to buy overpriced items from corporate, everything from cold cuts to background music CD's. Ultimately, Quiznos settled with its franchisees for millions of dollars. Coupled with a perfect storm of tough competition, low profits, and a bad economy, the company entered a death spiral and now has about 800 stores, down from its peak of over 4,700 in 2007.

Although McDonald's problems do not rise to this level -- the owner's association has not sued -- the Quiznos case highlights a lesson for McDonald's: franchisees who don't make money are unhappy and will sue you. Ultimately, franchisee legal action creates a cost through settlement and legal fees, and this extra cost threatens the dividend.

So, just how much cushion does the McDonald's dividend have if things get bad? For that we turn to two key metrics, the payout ratio and the dividend coverage ratio.

Using our rental house example, think of the payout ratio as how much our tenant must pay out of their earnings in order to cover the rent. In the case of McDonald's, its payout ratio is 55%. This means the company still has 45 cents left over from every dollar of earnings after it pays dividends. The dividend coverage ratio, on the other hand, asks how many times the company can cover its dividend payment out of net income. For McDonald's, this number is 200%.In the rental example, this means the tenant can cover the rent payment twice out of his monthly paycheck. In both cases, McDonald's has plenty of wiggle room to cover its dividend should tensions with franchisees prove costly.

In the final analysis, McDonald's has been serving up a dependable dividend since the 70's. The system that holds up this yield, however, is under stress as franchisees join together and voice their concerns over corporate decisions. However, even if this spat proves costly, McDonald's still has plenty of room to deliver happy meals filled with dividends for years to come.