Please ensure Javascript is enabled for purposes of website accessibility
Log In Help Join The Motley Fool
Free Article Join Over 1 Million Premium Members And Get More In-Depth Stock Guidance and Research
By Eric Volkman - Updated Apr 24, 2019 at 9:35AM

Bob Iger is bowing out of the job he's held since 2005, and it looks like he really means it this time.

It's always big news when a celebrated leader of a big company steps down. So it was with Walt Disney (DIS 2.90%), whose well-liked CEO, Robert Iger, said in mid-April he is leaving the position. Although this wasn't exactly unexpected, the uncertainty it's produced has fueled anxiety for some shareholders and other Disney-watchers.

I'm a Disney shareholder myself, so I share their concern. Taking into account the philosophy that it's better to be informed than to fear the unknown, here are five facts to know about Iger's retirement. 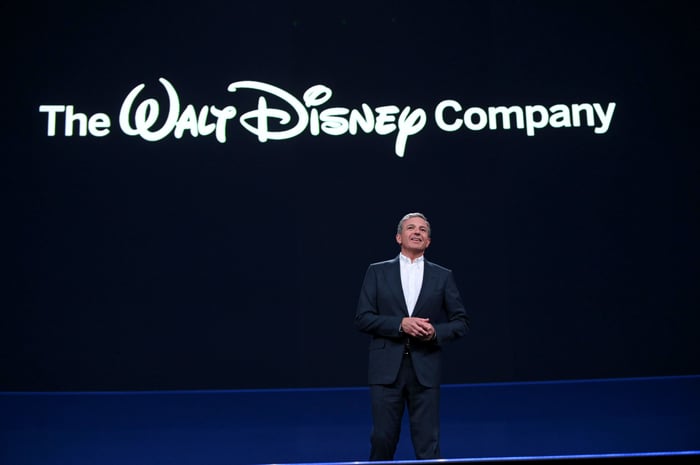 He isn't leaving just yet

Iger will stay on until his current contract with Disney expires in December 2021. That means more than two and a half more years at the helm. This should be comforting to investors for two big reasons:

This isn't his first time at the retirement rodeo

Iger, who recently turned 68, has announced his retirement several times before. In fact, it's basically been a regular occurrence every few years.

Of course this has felt like the CEO Who Cried Wolf. The previous announcement came in 2017, but then the Fox deal was unveiled. It seems Iger was encouraged to stay on in order to shepherd the massive acquisition through to completion.

There is no obvious successor

As members of the general public, naturally we can't be privy to C-suite discussions about Who Comes Next. So at the moment, we are unaware of any company succession plan, should one in fact exist. The Wall Street Journal quoted Iger as saying that Disney has launched a search for a new leader.

Within the company itself, the ranks of would-be CEOs at Disney include some strong candidates. Names mentioned as possible internal successors for Iger include Bob Chapek, chairman of parks, experiences and products, and Walt Disney Television head Peter Rice.

He's the man who made modern Disney

This is not an exaggeration or company marketing hype. Iger was on the CEO throne and was instrumental in Disney's most important, impactful, and expensive acquisitions. The Mouse's purchase of Marvel Entertainment in 2009 got the ball rolling on the Marvel Cinematic Universe. Some movie geeks (like me, for instance) find the MCU annoying and avoidable, but there's no arguing against its moneymaking power.

And Marvel was the tip of a monster iceberg. There was also the 2012 acquisition of Lucasfilm that nabbed the hallowed Star Wars franchise. And of course, there's the megadeal that is bringing Fox's money assets to Disney.

He has added over $175 billion in shareholder value

Here's the core reason some shareholders might be feeling uneasy about the transition. Since he was anointed CEO back in 2005, Disney's market cap has risen by an immense $175 billion (yes, that's billion). Looked at from a slightly different angle, during his reign the stock has risen by more than 300%, a heck of an improvement for any stock, let alone one in the historically volatile entertainment sector. Who can possibly top that?

Of course, we can't bestow all the credit for this on Iger. His predecessor, Michael Eisner, launched many of the initiatives that bore profitable fruit later on. Also, the clever managers of Disney's better teams -- like the parks and resort division, or consumer products -- can also take a bow. But his tenure indicated a willingness to be bold and go big, and most of those bets have really paid off.

Iger will certainly be a hard act to follow, given that Disney became the entertainment titan it is today under his reign. Of course, he made more than a few mistakes, but on the whole no CEO has expanded the company as smartly and as dramatically as he did.

Thanks largely to him, the company is now a well-run profit- and cash-producing machine. It might not grow at quite the high levels of the past few years, but it's got enough in the tank to keep turning mighty profits and generating piles of cash. I'm not worried about Disney's post-Iger future.