Cadence Design Systems (NASDAQ:CDNS), which creates software that chipmakers use to design chips as well as intellectual properties that those chipmakers can incorporate into their product designs, reported solid results for the first quarter of 2019. 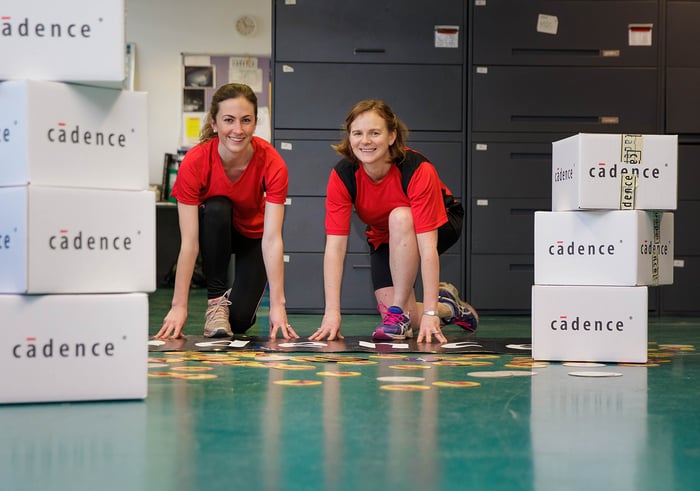 In fact, following that stronger-than-expected start of the year, management revised its full-year revenue and non-GAAP EPS outlooks. It raised revenue guidance to between $2.305 billion and $2.335 billion, up from $2.270 billion to $2.310 billion. And its guidance range for non-GAAP EPS became $2.04 to $2.12, up from $1.97 to $2.07. Unsurprisingly, the shares rose 3.6% at one point in the session following the earnings release, extending the stock's year-to-date gains to nearly 54%.

To better understand what's going on with Cadence Design Systems, here are three insights management had to share on its most recent earnings call.

Cadence has an intellectual-property (IP) licensing business, which made up 12% of its revenue last quarter. To understand what that business does, think of a computer chip as being made up of many different individual pieces, known as IP blocks. While many companies develop in-house IP blocks for certain functions, they also look to companies like Cadence for ready-made IP blocks to integrate into their designs for many other functions.

Moreover, Tan said that "in the design IP space, our 112-[Gbps] Long-Reach SerDes IP was adopted by a marquee semiconductor company, and we launched the [industry's] first complete silicon-proven LPDDR5 silicon." (LPDDR5 is a type of next-generation low-power memory that'll be used in smartphones, embedded applications, and thin-and-light PCs.)

2. The rise of systems companies

It's becoming increasingly common for companies that build finished computing products -- say, smartphones or advanced cars -- to also build their own chips. Electric-car maker Tesla, for example, just announced that its latest cars are now equipped with a chip that it designed in-house to handle autonomous-driving tasks.

In addition, we're seeing major cloud and internet companies design their own chips in a bid to accelerate their workloads. Alphabet, for example, is already on the third generation of its Tensor Processing Unit, which is used to accelerate certain machine-learning calculations.

Tan explained that although there "is some uncertainty in the overall macro environment, we are confident about the multiple trends that are [continuing] to drive strong design activity." In particular, Tan said that, in addition to the work happening to support AI and 5G wireless, "design activity is being fueled by workload-specific computing; systems companies building custom silicon; new silicon start-ups; and digital transformation of industries such as automotive, aerospace, medical, and other industrial applications."

On the call, analyst John Pitzer wanted some additional insight into why Cadence Design Systems is "bucking some of the uncertainty trends out there."

Tan reiterated his comments about how "domain-specific" computing is helping to drive design activity, and also said that innovations in computer memory technologies are driving innovations (and, presumably, the need for additional chip design activity) in things like NVMe storage controllers.

Beyond that, he cited the increasing need for high-speed connectivity technologies by hyperscale data center customers. "So, all this [is] going to be driving a very strong design activity, and we are in the middle of it," Tan said. "We are well-positioned to capture that, and that's why I think ... from our point of view, the design activity is increased substantially."

Cadence Design Systems turned in solid results for the quarter, and the company's outlook for the rest of the year is certainly compelling. While there is, indeed, uncertainty out there, it looks like semiconductor companies, as well as systems companies with semiconductor design efforts, are still hard at work on developing new products. For a company that licenses tools and technologies to help companies craft chip designs, that's good for business.