A promotional environment in the U.S. still lingers over McDonald's (NYSE:MCD) as it heads into its first-quarter earnings report next Monday, April 29, but its global markets have been more resilient, allowing it to report two consecutive years of traffic growth for the first time since 2012.

While a gain is a gain, the 0.2% uptick in worldwide traffic is still rather anemic, and the giant burger chain is revamping many parts of its business to energize sales and control costs. Let's take a look at how that all might play out in its earnings. 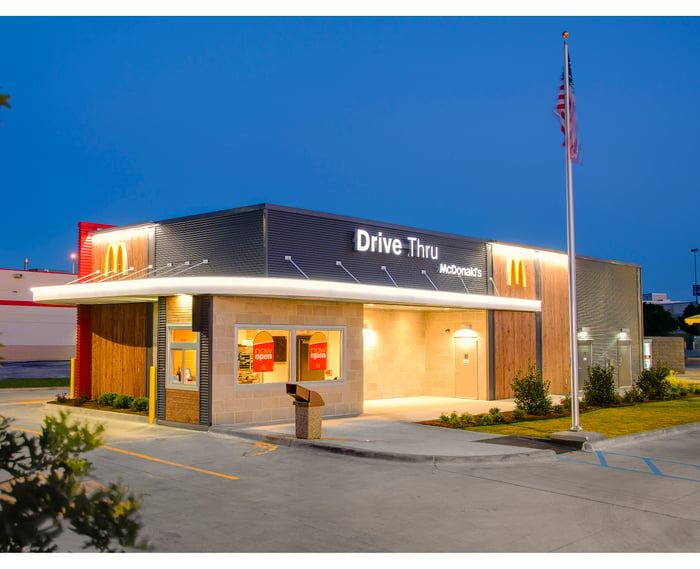 McDonald's domestic market remains relatively weak because of the intensely competitive environment it operates in with rivals Burger King and Wendy's. When McDonald's tried to wean itself off its discount value menu several years ago, believing it had to instead compete against fast-casual chains like Shake Shack that were peeling off millennials, traffic collapsed and it lost a half-billion customers between 2013 and 2016.

It ended up bringing back the Dollar Menu, along with some higher-priced fare, and mostly remembered that its customers come to McDonald's for a good, tasty meal at a decent price, but they still haven't flocked to its restaurants in the same way they did previously. U.S. traffic was down more than 2% last year.

It's likely part of the reason why McDonald's is trying to shake things up. Among the numerous changes it's making, the burger joint is:

While all these initiatives just happened, meaning they won't impact first- quarter results, the fact they all are occurring at the same time suggests McDonald's may want to build on the successes it has experienced.

Technology is the key to future growth

The Dynamic Yield acquisition is just another in a list of technology improvements McDonald's has made to modernize and upgrade its restaurants to include things like self-serve kiosks, mobile ordering and payment systems, and delivery. The burger joint invested $1.6 billion in its restaurants last year, and it should start seeing the payoffs soon. It had better, as franchisees are getting restless about when the benefits of the costly upgrades will be delivered.

Yet despite the impact of foreign currency exchange rates causing operating profits to come in flat in 2018, margins expanded sharply, rising to 43% last year from 39% the year before.

Sales, however, were depressed for a while longer, in part because of the continued program of selling company-owned stores to franchisees, as well as the lost sales that came from restaurant closures when major upgrades were introduced.

While traffic has fallen in the U.S., it has been offset by higher average tickets so that comparable store sales were actually up 2.5% last year. A slimmed-down menu, faster service, and improved item suggestions for customers all ought to generate dual gains in customers and transactions.

Overseas, McDonald's situation is better, as both comps and traffic rose in all major markets in the fourth quarter. While it should still experience currency headwinds, the business should still perform solidly and continue delivering market share gains.

Investors likely won't see much change between last quarter and the first, though rising labor costs will also weigh on the burger giant. Analysts expect McDonald's to report earnings of $1.76 per share, down slightly from the $1.79 per share it recorded a year ago, but with the headwinds it faces on costs and currency, the first quarter should lay the groundwork for the start of an even better year.