Will slashing the workforce and cutting guidance turn things around?

Shares of 3M Company (MMM -0.44%), a diversified industrials business with products in the safety and industrial, transportation and electronics, healthcare, and consumer sectors, dropped as low as 11.1% Thursday morning after management announced disappointing first-quarter 2019 results.

Starting from the top, sales dropped 5% compared to the prior year's first quarter, down to $7.9 billion and below analysts' estimates of $8.03 billion. Adjusted earnings per share declined to $2.23 during the first quarter, down from the prior year's $2.50 per share and also missing analysts' estimates calling for $2.49 per share. To top things off, management reduced full-year adjusted earnings-per-share guidance to a range between $9.25 to $9.75, down from $10.45 to $10.90 per share and well below analysts' estimates of $10.53 per share. The company also noted it has initiated restructuring, which will slash its workforce by 2,000 positions in an attempt to save between $225 million and $250 million annually. 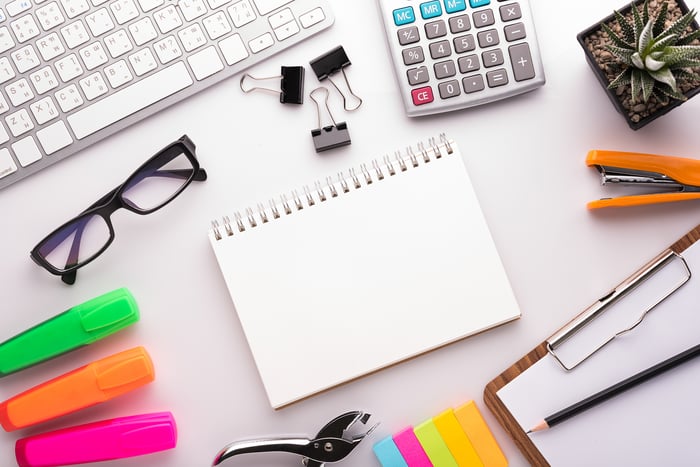 "The first quarter was a disappointing start to the year for 3M," said Mike Roman, 3M chief executive officer, in a press release. "We continued to face slowing conditions in key end markets which impacted both organic growth and margins, and our operational execution also fell short of the expectations we have for ourselves."

It was a lower first-quarter result than anticipated, as acknowledged by 3M management, but another concern is that the weakness was across most of the business. RBC Capital Markets analyst Deane Dray noted, "Four out of the five segments posted operating misses versus our estimates." Despite the gloomy full-year outlook, management remains confident the company is taking the near-term actions necessary to improve productivity, reduce costs, and increase cash flow, as well as positioning the company for long-term growth. But the company faces a challenge in convincing investors its long-term plans are more than simply rearranging its business segments.