The home booking platform wants to use movies and streaming series to build its brand as it looks ahead to its IPO.

In a move aimed at expanding its brand and attracting even more customers to its home booking platform, Airbnb will reportedly start creating its own original video content.

The company, which is considering an initial public offering, has already funded some projects, but is still crafting a broad video strategy that will likely include films and TV shows, according to a recent Reuters article. There's no word yet on how much the company intends to spend on original programming, how many shows or films it plans to produce, or when they'll be released.

Last week, the company announced what now appears to be just its first serious foray into media, a documentary about the San Francisco Gay Men's Chorus's tour through the Southeastern United States. Gay Chorus Deep South was funded and developed by Airbnb, and will be shown at the Tribeca Film Festival. 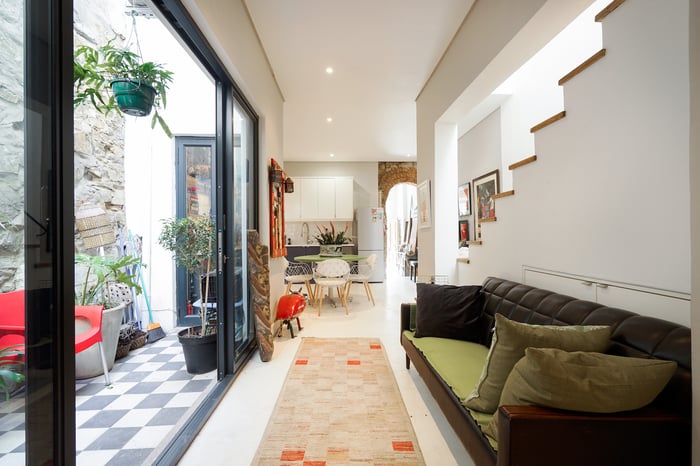 But Airbnb has much bigger plans. The company is developing a show called Home for Apple's recently announced television streaming service. The series will highlight special Airbnb destinations and hosts. The company will not only distribute some of its content on other services, it will also stream some programming from its app.

"The more we put content out there, the more you're going to bring people to the platform," Chris Lehane, a policy and communications executive at Airbnb, told Reuters.

The company wants to differentiate itself from other travel booking companies, and it believes original content may be the way to make that happen. Its other content project is the print Airbnb Magazine, which it launched in 2007 as a way to highlight Airbnb locations and unique stories.

With these new media ventures, Airbnb is following a trend that's been gaining popularity among major companies looking to expand their brands. One recent example is Nike, which collaborated with National Geographic on a documentary about runners trying to break the two-hour marathon barrier.

Airbnb could use its original programming to demystify its business for some travelers, particularly those who may be wary of renting a room or home from a stranger.

Building its brand before its IPO

Airbnb's valuation has reached north of $30 billion. As it gets closer to going public sometime in the next 18 months, the company is working to boost its brand awareness. Original shows and films could do that, though it's far from clear how well its investments in creating such content will pay off.

There's also the issue of oversaturation within the video streaming market. Netflix, Amazon, and Apple are spending billions on original programming, and Disney announced its own video streaming service earlier this month. While at least one of Airbnb's shows will be available on Apple's service, its content will face an enormous amount of competition for viewers' attention.

What Airbnb spends its money on -- and how much it spends -- will become increasingly important information for potential investors leading up the company's IPO. Creating original content may prove to be a bet worth making if it helps attract more travelers to its service. Or it could end up being an expensive foray into a space that's too far outside the booking platform's area of expertise.