First-quarter sales were up 11%, but future growth is less certain.

Biogen (BIIB -1.04%) continues to lean on sales growth of its spinal muscular atrophy drug, Spinraza, to drive revenue. While the overall double-digit revenue growth is nothing to scoff at, investors are rightfully focused on where future growth will come, especially after Biogen's Alzheimer's disease drug aducanumab failed a pair of phase 3 studies. 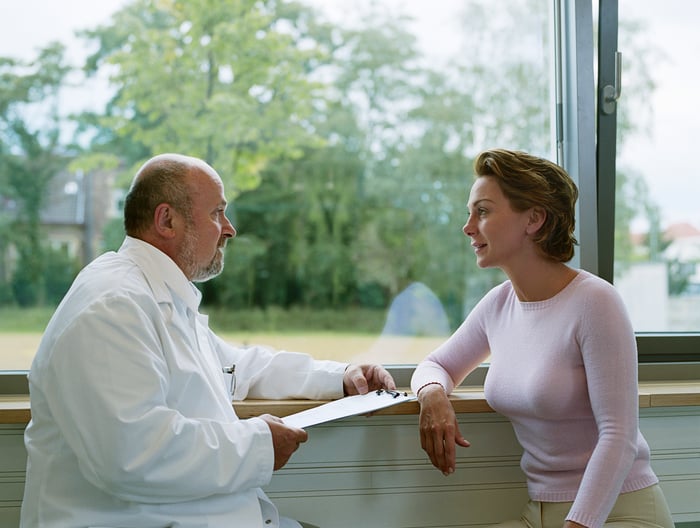 CEO Michel Vounatsos talked about the share repurchase plan and balancing that with business development (BD), such as an acquisition:

We plan to deploy our capital to areas of highest returns for the shareholders and we do believe that at the current stock price level, buying back shares is very important. We took aggressive steps to diversify our portfolio in the past, but in the context of our current cash flow generation and the profile of our balance sheet, we can do both, buying back and also conduct some BD M&A activities.

Biogen CFO Jeffrey Capello noted that Spinraza still has room to grow sales further: "Our estimated epidemiology in the U.S. is still 9,000 patients, only 30% penetrated to date. And in the adult class, which is the largest class, 65% of the patients we're only 18% penetrated."

A decision from the Food and Drug Administration on Vumerity is scheduled to come in the fourth quarter of this year, but investors should see the drug as more of a defensive move, protecting Tecfidera, which may have patent issues, than an opportunity to add sales growth like Spinraza has done.

Brian Orelli has no position in any of the stocks mentioned. The Motley Fool owns shares of and recommends Alkermes, Biogen, and Ionis Pharmaceuticals. The Motley Fool has a disclosure policy.