The insurance company had a good start to the year.

For insurance companies, no news is usually good news because it signals a lack of catastrophic events and suggests that operations are going smoothly. Aflac's (AFL 2.18%) business as a supplemental health-insurance provider is a little bit different from what investors experience with property and casualty insurers, but it nevertheless has been consistent in its money-making ways over the long run, giving investors the peace of mind they like from a blue chip company.

Coming into Thursday's first-quarter financial report, Aflac investors expected that the insurer would manage to deliver modest gains on the top and bottom lines. Aflac's results were somewhat better than many had looked to see, and it appears that the insurance company known for its duck mascot is on track to see smooth sailing during 2019. 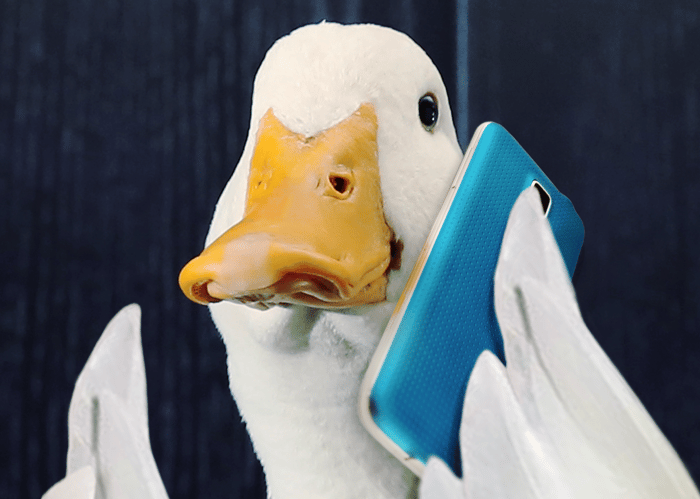 Aflac's first-quarter results were encouraging. Revenue climbed 3.5%, to $5.66 billion, which was far stronger than the 0.5% growth rate that most investors were expecting from the insurer. Net income of $928 million was higher by 29% from year-ago levels, and even after taking out items like investment gains, adjusted earnings of $1.12 were better than the consensus forecast for $1.06 per share from those following the stock.

Looking at Aflac's two primary segments, the insurer's Japanese operations struggled to generate premium income but benefited from strong investment results. Net premium in dollar terms fell 2.5%, to $3.2 billion, but net investment income was higher by nearly 4%, to $610 million. The segment's revenue was lower by 1.6% from year-ago levels, but adjusted earnings in Japan climbed about 2%.

Meanwhile, the U.S. business saw stronger top-line performance but suffered some setbacks on the earnings front. Net premium income domestically climbed 2.4% to about $1.5 billion, helping to push total revenue for the segment higher by 2.2%. Rising interest rates helped bolster income from floating-rate assets, which, in turn, increased net investment income by 1.1%. However, pre-tax adjusted earnings dropped more than 4% compared to the first quarter of 2018 as higher expenses weighed on Aflac's profitability.

Currencies played a bit more of a role in driving results than Aflac has seen recently. The U.S. dollar strengthened by about 2% against the Japanese yen, which had a negative impact on the performance of the Japanese unit when expressed in dollar terms.

CEO Daniel Amos gave details on some of Aflac's challenges while putting things into perspective. "Our strong first-quarter results advanced our progress toward achieving the company's annual objectives," Amos said. The CEO was particularly pleased with how the U.S. operations performed in light of Aflac's investments in improving its customers' experiences.

At the same time, Aflac acknowledges that changing trends will require the company to adapt. In Amos' words, "We also continue to anticipate full-year sales of third sector and first sector protection products to decline in the low-to-mid single digits coming off the highest third sector sales year in recent history, with the very successful launch of a new cancer product in the second quarter of 2018."

Aflac reiterated most of its previous guidance. The insurer still sees adjusted earnings for the year coming in between $4.10 and $4.30 per share. It also believes it will be able to spend between $1.3 billion and $1.7 billion on stock repurchases during 2019, having spent $490 million to buy back 10.2 million shares during the first quarter.

Aflac investors didn't have a huge reaction to the report, and the stock was down less than 1% in after-hours trading following the announcement. Without any truly noteworthy obstacles in its path, Aflac looks poised to keep on providing the boring but consistent returns that have made shareholders happy for years.