The company will need a strong second half to make up for a dismal performance to start the year.

Nokia (NOK -2.17%) reported its first-quarter results before the market opened on April 25. It was not a good quarter, with some 5G-related revenue pushed back and a surprise net loss. Despite the weak results, Nokia maintained its guidance for both 2019 and 2020. Here's what investors need to know. 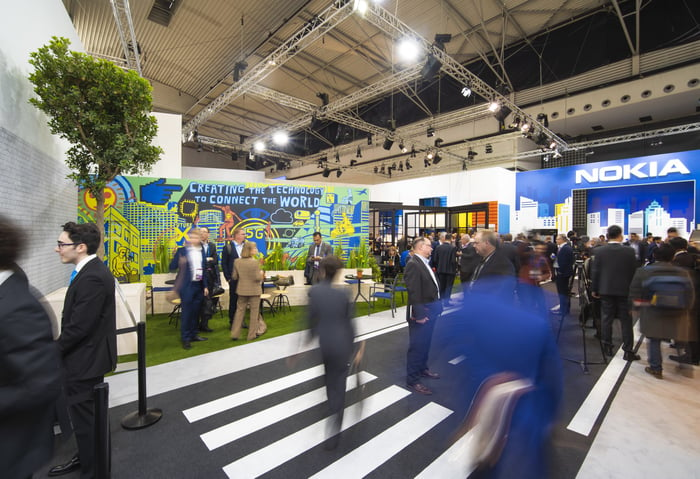 Nokia CEO Rajeev Suri didn't sugarcoat it in his remarks: "Q1 was a weak quarter for Nokia." Despite the lackluster results, Nokia maintained its full-year guidance.

Suri sees plenty of opportunity for improvement throughout the year:

5G revenues are expected to grow sharply, particularly in the second half of the year, driven by our 36 commercial wins to date. Global services profitability should improve as we recover in a handful of large rollout projects, IP routing is now firmly back to growth given our product leadership, and optical networks continues its long run of growth.

But he also sees increased risks:

In terms of risks, one factor is our slow start to the year. In addition, competitive intensity has slightly increased in certain accounts as some competitors seek to be more commercially aggressive in the early stages of 5G and as some customers reassess their vendors in light of security concerns, creating near-term pressure but longer-term opportunity.

The security concerns Suri is referring to are likely related to Chinese company Huawei.

Nokia kept its guidance for 2019 and 2020 the same, despite a tough first quarter:

Nokia expected its first quarter to be weak, but not quite this weak. Poor first-quarter results add to the pressure for Nokia to execute in the second-half of the year, which already needed to be strong for the company to hit its guidance.

Another setback in the second quarter could derail the company's full-year outlook and raise some questions about its longer-term outlook.