Westinghouse Air Brake Technologies (NYSE:WAB), or Wabtec, completed its acquisition of GE's (NYSE:GE) former transportation division in late February, which had a notable impact on the company's first-quarter results. Both revenue and earnings soared year over year thanks to that deal as well as healthy conditions in the rail market. Because of that, that company affirmed its full-year guidance.

The GE deal drove the quarter: 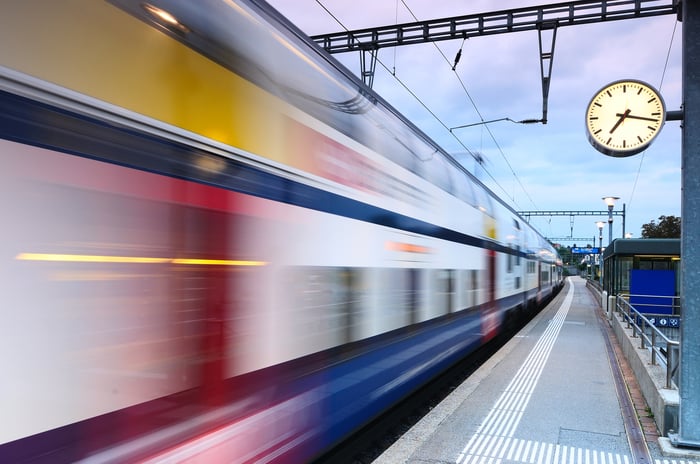 Our first-quarter adjusted results represent a solid start to the year, and we're well positioned to meet our financial targets in 2019 based on our current backlog and expected market conditions. Since completing our merger with GE Transportation in late February, we have focused on continuing to serve our customers, integrating our companies and validating the strategic rationale for the combination. We have also confirmed our target to deliver operating synergies of $250 million by year four, demonstrating further confidence in the financial benefits of the merger.

The GE Transportation transaction is providing immediate dividends to Wabtec. The business performed well during the first quarter, which enabled the company to get off to a solid start to the year. The deal should also provide some longer-term benefits as the company integrates it with its legacy operations. That's something investors should keep an eye on, as its success in achieving the $250 million cost savings target as well as keeping customers happy will determine whether this combination is a winner.

As Belter noted, Wabtec's solid first-quarter results keep it on track to achieve its full-year forecast. That suggests the company should haul in about $8.4 billion in revenue this year. Meanwhile, adjusted earnings should be in the range of $4.00 to $4.25 per share, which would be about 7% more than last year's total.