Shares of the recreational boat retailer slipped on a weak bottom-line result in its second-quarter earnings report.

Shares of MarineMax (HZO -4.29%) were taking on water today after the country's largest recreational boat retailer posted disappointing bottom-line results in its second-quarter earnings report and lowered its full-year guidance. As a result, the stock was down 19.6% as of 3:16 p.m. EDT.

MarineMax actually showed strong top-line growth in the quarter as comparable sales increased 12%, driving revenue up 12% to $303.6 million, which topped estimates of $290.6 million. 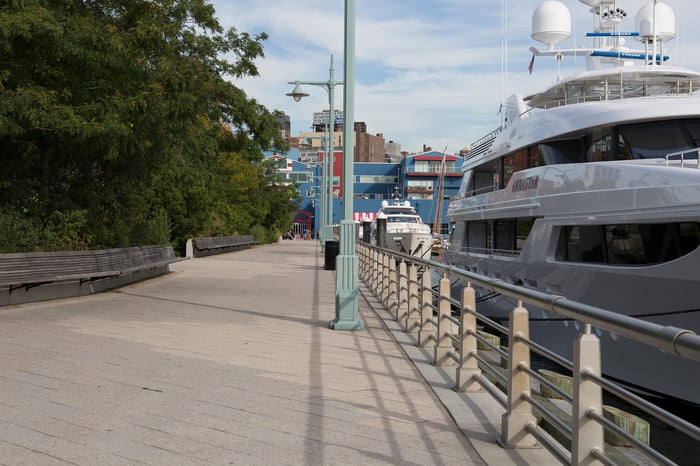 Still, the company noted that performance was impacted by inclement weather, as many of its markets faced harsh winters, and said that it had to increase spending to drive sales growth.

Our team succeeded in driving strong sales growth in the quarter, even as we and the industry incurred challenges that included rougher than normal winter weather in many of our markets. Based on preliminary industry data, we believe our same-store sales performance in the quarter drove continued market share gains. Our proactive decision to invest to capture additional sales impacted both our margins and profitability.

McGill also said that the company was in a strong position heading into the peak selling months with the right products in stock and a large on-order backlog.

Nonetheless, the company still cut full-year earnings guidance to $1.75-$1.85 from $1.85-$1.95, though that seems mostly due to the struggles in the second quarter. Considering that MarineMax's top-line growth remains solid, today's sell-off seems exaggerated. With the stock trading at a P/E ratio of just 8.8 based on the midpoint of this year's earnings guidance, today's drop looks like an attractive buying opportunity.

Why MarineMax Is Falling Today
413%