While it's always best to take a long-term view of a business and to not get too fixated on a single quarterly performance, individual investors won't get penalized for admitting that a business turned in a mediocre performance, either. Unfortunately for Xcel Energy (XEL 1.32%), it started off 2019 with a dud.

The electric utility holding company grew earnings per share (EPS) compared to the year-ago period, but only because of a sharp drop in income taxes in the most recent quarter. Operating expenses rose faster than revenue, which led to operating income growing only 1% year over year.

Of course, electric and natural-gas utilities are exposed to seasonal ebbs and flows, so one quarter is hardly enough to make or break the business. More important, management is confident Xcel Energy will meet full-year 2019 earnings guidance; it announced the approval of a massive wind-power project, which will prove crucial to meeting multiple long-term goals. 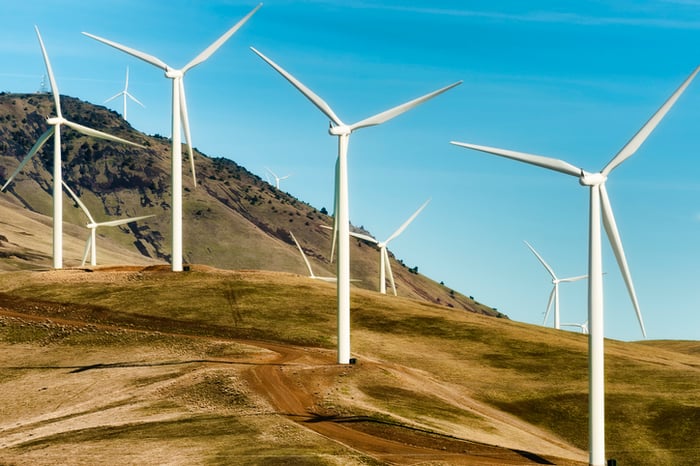 Xcel Energy owns four regional utilities that deliver electricity and natural gas to customers in seven states. All of those states are in the American wind corridor, a region that extends from West Texas to North Dakota and boasts some of the best wind potential on the planet. That has helped the company become the second-largest operator of wind turbines in the United States, and to embark on its ambitious "Steel for Fuel" strategy. It's quite simple: replace aging fossil-fuel plants with wind turbines, which don't require fuel inputs once built, thus lowering operating expenses.

The strategy continues to deliver for the business and shareholders. In the first quarter of 2019, electric revenue rose 2.4% while the cost of electric revenue fell 2%. Xcel Energy has to share the cost savings with customers because its regional utilities are regulated, but it's still freeing up significant capital to reinvest elsewhere.

One area receiving growth capital in recent years: natural gas utilities. While revenue grew 20% year over year due to cold weather and a rate increase in Colorado, Xcel Energy saw natural-gas expenses jump 28% in the comparison period. That was responsible for 56% of the year-over-year increase in total operating expenses, which include maintenance, depreciation, amortization, and non-income taxes. Put another way, natural gas was largely responsible for the company's lackluster start to 2019.

The large increase in natural gas expenses weighed on operating income, which grew by just $6 million, or 1.2%, compared to the year-ago period. That dropped the company's total operating margin to 15.5% in the first quarter of 2019, compared to 16.3% in the prior-year quarter. Xcel Energy managed to grow net income from $291 million to $315 million in that span, but only because income taxes fell 58%.

That's not a reliable way to grow EPS, but management seems unfazed when it views the bigger picture.

Management reaffirmed its confidence in achieving full-year 2019 EPS guidance of $2.55 to $2.65. Not only is its Steel for Fuel strategy succeeding, but Xcel Energy also earned higher rates from regulators in New Mexico, and saw renewable-energy legislation progress in four of the seven states it operates in.

Additionally, Xcel Energy earned approval to build the 500-megawatt Cheyenne Ridge wind farm in Colorado. It's part of the company's ambitious Colorado Energy Plan, which will add 1,800 MW of wind and solar power to the state's generation mix while shuttering coal-fired power plants. Less obvious is the project's importance to the company's broader plans, which include owning most of the wind power added to its portfolio in the next several years. After exiting 2017 owning a sliver of the 6,700 MW of wind capacity in its portfolio (most was entered into via power purchase agreements), the business expects to own 40% of the 11,300 MW of wind capacity in its generation mix by 2021. 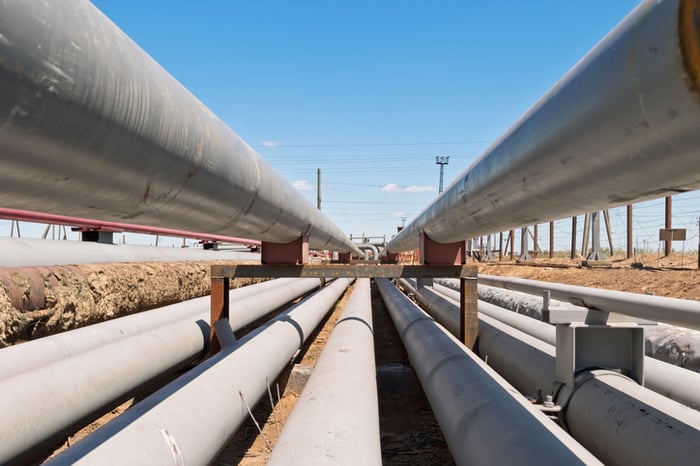 While most businesses are judged by net income and EPS, operating income is a better measuring stick in many cases. After all, there are a lot of ways to juice EPS -- such as reducing share count, receiving a tax cut, or accounting for changes in the fair value of financial instruments -- that aren't sustainable in the long run. Growing revenue at healthy margins is a more reliable way to endure as a business.

That said, the mediocre year-over-year comparison reflects just three months of operations. Investors shouldn't panic, but it wouldn't hurt to remain vigilant about the business for the remainder of 2019. For now, there's no reason to think Xcel Energy cannot hit its goal of growing EPS 5% to 7% per year from 2018 to 2023.