These three familiar brands have made their more patient stockholders rich.

It doesn't take all that much money to retire happily and comfortably. That is, of course, if you make the right investment. Smart investors who plonked down a few thousand dollars at the right time on these three stocks have more than reaped the benefits -- they have at least $1 million in their portfolio.

Yes, this can happen to you. These three companies are exceptional, but they're not unique. They are among a selection of consumer goods stocks that have made their shareholders very rich on a relatively modest initial investment. 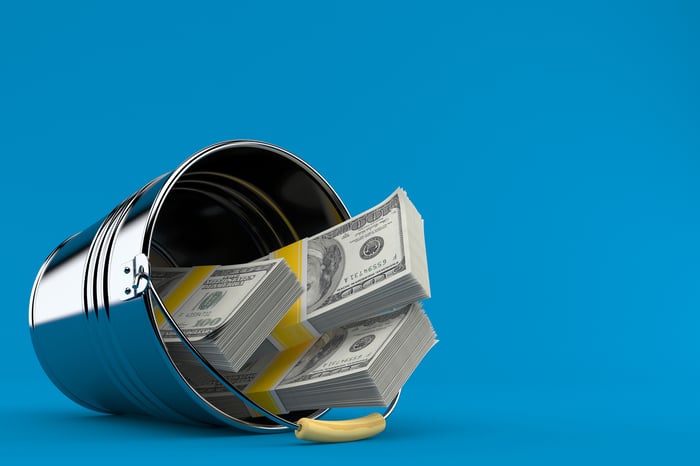 With the heavy restrictions and burdensome "sin taxes" placed on cigarettes and other smoking products, you'd think the tobacco industry would be dead by now. But you'd be very wrong -- for proof, look at Altria Group (MO -0.13%).

No, the company's business isn't what it used to be, but it has done an excellent job of adaptation. It's lifted its prices (although not recklessly) while reducing its costs. Also, through acquisitions, Altria has moved decisively into high-promise segments like marijuana and e-cigarettes.

Those two latter categories look particularly good in a future of ever-tougher regulation on traditional tobacco goods and the growing acceptance of weed. Meanwhile, the company's famously strong cash flow should continue to support its high dividend, which currently yields 5.6%. Finally, even though the company's stock price is down from its all-time peak, it's still up enough to deliver outstanding returns for buy-and-hold investors.

At times, it seems as if the eternal American hunger to own a homestead is never going to be satisfied. Along with the broader economy, the housing market has generally been on an upswing for years now. And one of the great beneficiaries is the company supplying much of the equipment for this -- Home Depot (HD -2.44%).

With a commanding presence in most American markets, Home Depot is the go-to place for tools, supplies, and anything else you might need for your happy home. Disciplined management has kept the profitability high (nearly 15% in terms of trailing 12-month operating margin), and the top and bottom lines growing. Home Depot certainly isn't the only retailer of its kind, but no competitor beats its strength on the market.

As hard as it may be to believe, this powerhouse of a stock that currently trades at over $200 per share could have been had for less than $0.50 back several decades ago.

I recently returned to Europe for a visit after a nearly four-year absence. One big difference in Prague, the city I've planted myself in, is the dramatically higher number of Starbucks (SBUX -4.44%) stores. They're a big presence in some of the more heavily trafficked streets here.

That's Starbucks for you, though. The company got where it is today by aggressively pushing into its markets. Now that seemingly every U.S. municipality is saturated by them, the company keeps pulling the lever of foreign expansion. That's good because it's obvious the world loves its lattes -- even in old Prague, a stronghold of coffeehouse culture for centuries, Starbucks' grab-and-go stores here are often full.

Espresso drinks, of course, are overwhelmingly profitable, especially at the premium prices Starbucks charges for them (yes, even in Prague). Rounds of new product introductions -- cloud macchiato, anyone? -- keep the selection fresh and customers interested. There's plenty of jolt left in this stock, which has seen a serious caffeine-fueled price rise since the company's 1992 IPO.