Pfizer (NYSE:PFE) and AbbVie (NYSE:ABBV) rank as two of the largest and most successful drugmakers on the planet. The two companies are leaders in therapeutic areas including immunology and oncology. Pfizer and AbbVie also consistently pay out some of the most attractive dividends in the healthcare industry.

But which of these two big pharma stocks is the better choice for long-term investors? Here's how Pfizer and AbbVie compare in several key categories. 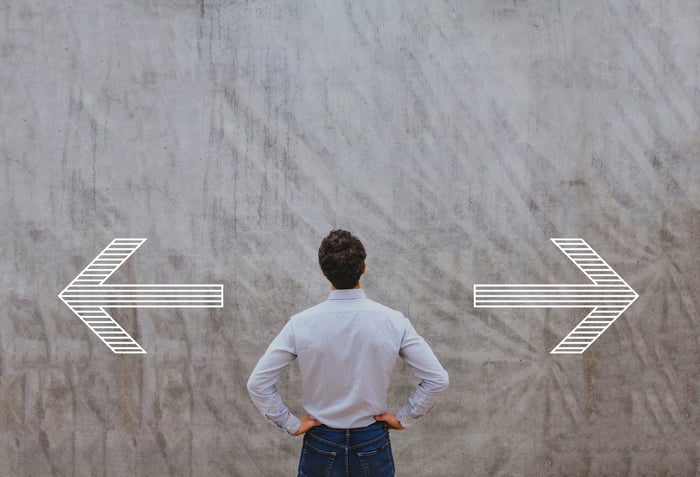 You'd have to give Pfizer's current product lineup the advantage in sheer numbers. The company claims 10 blockbuster drugs compared with only three for AbbVie. On the other hand, AbbVie's immunology drug Humira ranks as the best-selling drug in the world with $19.9 billion in sales last year -- three times as much as Pfizer's best-selling product.

Pfizer will soon have another problem on its hands. Lyrica, which pulled in sales of more than $4.6 billion last year, loses patent exclusivity this year.

AbbVie's lineup includes a couple of cancer drugs with fast-growing sales -- Imbruvica and Venclexta. The company also has a rising star with endometriosis drug Orilissa and a solid blockbuster with hepatitis C virus (HCV) drug Mavyret.

However, AbbVie also faces serious challenges for Humira, which currently generates more than 60% of the company's total revenue. Biosimilars to Humira are already on the market in Europe and are quickly taking away market share from AbbVie's blockbuster drug. The company anticipates biosimilar rivals in the U.S. beginning in 2023.

Pfizer wins again on the number of programs in its pipeline. The big drugmaker's pipeline includes close to 100 programs, with more than 30 of those programs in late-stage clinical studies or awaiting regulatory approval.

AbbVie has more than 50 programs in its pipeline. Sixteen are currently in late-stage studies or awaiting regulatory approval.

But you could argue that AbbVie beats Pfizer when it comes to the quality of its late-stage candidates. AbbVie's immunology drugs risankizumab and upadacitinib are expected to be major blockbusters. The company should also enjoy stronger growth for Venclexta if it picks up additional approved indications.

In addition, AbbVie has a promising early-stage pipeline that some investors might easily overlook. In particular, the company has high expectations for several immunology and solid tumor candidates.

AbbVie also has the more impressive track record of dividend increases. The company has boosted its dividend payout by 168% since being spun off from Abbott Labs in 2013. Pfizer increased its dividend by 50% during the same period.

Pfizer's valuation appears to be quite attractive. Its shares currently trade at less than 13 times expected earnings. That's definitely on the low end of the drugmaker's historical range.

However, AbbVie stock looks to be an even greater bargain. Shares trade at roughly 8.4 times expected earnings, which is also very low for the company compared with its historical valuation.

I think both Pfizer and AbbVie are great picks for long-term investors. Pfizer should be in a position to deliver solid growth after it moves past the near-term headwinds from Lyrica's loss of patent exclusivity. The stock should be able to deliver attractive total returns over the long run.

But if I had to choose between these two big pharma stocks, I'd go with AbbVie. While the company faces challenges for Humira, I like the growth prospects for Imbruvica, Venclexta, and Orilissa. I'm also optimistic about the chances of success for AbbVie's top pipeline candidates.

With an exceptionally strong dividend added to its solid growth opportunities, AbbVie is the better buy, in my view.