Even this double-digit dividend increase may understate the wholesale giant's potential as a dividend stock.

Warehouse giant Costco (COST -1.51%) just gave shareholders another reason to cheer, announcing a 14% increase to its dividend. In addition, the company reauthorized a $4 billion repurchase program. The higher dividend and renewed share repurchase authorization come as shares are hitting all-time highs after a sharp run-up in 2019. Shares are up 20% year to date, supported by consistently strong comparable sales and promising e-commerce growth.

Here's a look at Costco's increased quarterly dividend, as well as why there may be more dividend-related news in 2019 for Costco investors. 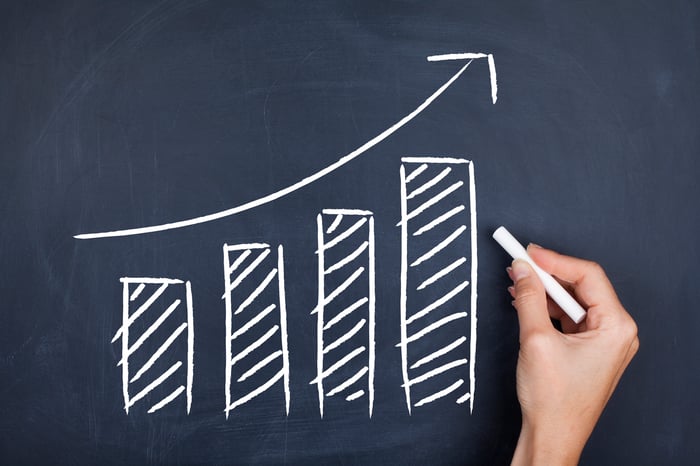 Highlighting Costco's consistent dividend growth in recent years, this 14% raise is in line with the company's dividend increase last year and its average annual increase over the past five years.

Alongside its dividend increase, Costco's board of directors reauthorized a $4 billion stock repurchase program. Set to expire in April 2023, the program replaces the previous $4 billion program, which expired in April of this year.

Investors shouldn't expect all $4 billion to be spent. Management had only tapped into about $1.8 billion of the previous program for repurchases.

Investors who glance at Costco's dividend yield and think the metric is fully representative of the capital paid out to investors through dividends are unfortunately misled. Since 2012, the company has paid out three special dividends on top of its regular dividends. These dividends were enormous, amounting to $7, $5, and $7 again in 2012, 2015, and 2017, respectively.

When asked in its fiscal first-quarter earnings call last December whether another special dividend was in the cards for 2019, Costco CFO Richard Galanti responded by saying:

When we've done [special dividends], they've worked well. We still continue to generate a lot of cash in excess of our [capital expenditures] and in excess of a roughly $1 billion annual dividend that has grown historically about 13% a year. It's certainly on the table but there are no promises of if and when and how much.

Costco can certainly afford a special dividend. Of its $2.7 billion in trailing-12-month free cash flow, only $970 million was paid out in dividends. In addition, the company currently has $6.1 billion of cash and cash equivalents on its balance sheet.