The last time Pfizer (NYSE:PFE) announced its quarterly results, there were some positives for investors despite a disappointing full-year 2019 outlook. Revenue increased 2% year over year while earnings were up by 3%.

Pfizer announced its first-quarter results before the market opened on Tuesday. This time around, there were plenty of tidbits for investors to like. Here are the highlights from Pfizer's Q1 update. 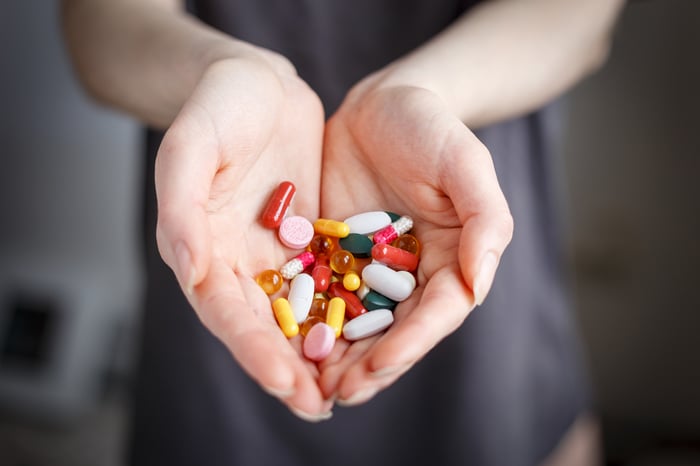 The company's hospital business continued to struggle, however, with sales falling 7% year over year to $1.9 billion. Pfizer's Upjohn segment, which includes older legacy drugs and generic drugs, didn't have too bad of a performance. The segment's total revenue slipped by 1% year over year. Solid gains for Lipitor, Norvasc, and Celebrex largely offset declining sales for Lyrica and Viagra. Upjohn's sales growth in China was a big plus.

Pfizer's consumer healthcare segment also faced headwinds. Revenue for the segment dropped 5% year over year to $858 million. However, part of the problem was the negative impact of currency fluctuations, which pulled revenue growth down by 3%. The good news for the company's consumer business was that international sales grew by 4% operationally.

Pfizer projects sales for full-year 2019 will come between $52 billion and $54 billion, consistent with its earlier outlook. However, the company boosted its full-year adjusted earnings per share (EPS) guidance. Pfizer now expects adjusted EPS between $2.83 and $2.93, a $0.01 increase at the midpoint of the range from its previous outlook.

Albert Bourla, Pfizer's CEO, is enthusiastic for what the remainder of the year holds. He says that the company will "remain focused on executing on our commercial strategies, managing expenses, advancing our pipeline and prudently allocating our capital to position Pfizer for sustainable success."