Please ensure Javascript is enabled for purposes of website accessibility
Log In Help Join The Motley Fool
Free Article Join Over 1 Million Premium Members And Get More In-Depth Stock Guidance and Research
By Brian Stoffel - May 1, 2019 at 8:20AM

There's a shift in business models that's easy to miss.

Amazon (AMZN 2.57%) is enormous. It collected $233 billion in sales last year. Just a 5% jump in share price would put it back in the 1-trillion-dollar group.

And yet, up until this year, it had still been able to grow its top line by astounding amounts. 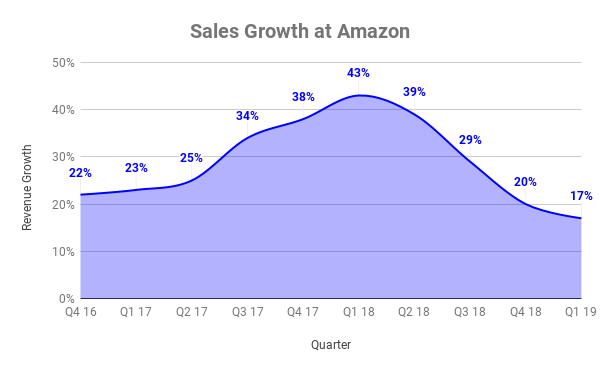 We can't really blame Amazon for the recent slowdown. The law of large numbers eventually has to start kicking in. But here's the thing that most people don't recognize: The growth slowdown isn't as dramatic, or worrisome, as these numbers might have you believe.

In fact, Amazon is setting itself up to be far more profitable 10 years from now by making a shift in its online business model. To illustrate how this could be, I'll draw an analogy anyone could understand: the fate of an uber-successful lemonade stand.

Eight-year-old Lilly sets up a lemonade stand in her front yard. It starts out simple. Being on a busy thoroughfare gets her lots of traffic and her lemonade is really good. 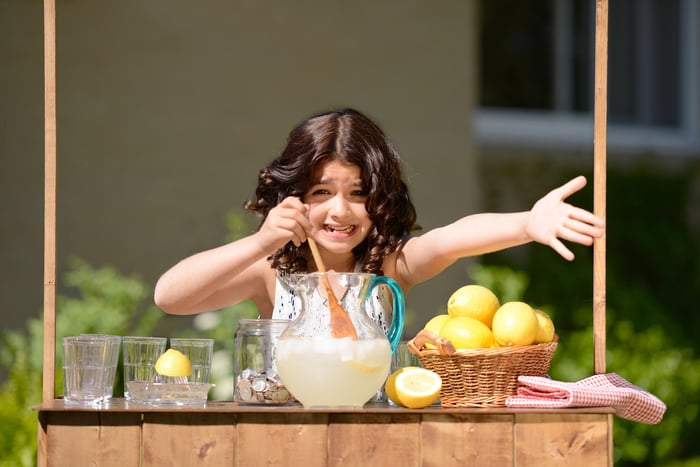 Lilly gains confidence and expands her "storefront" to take up her whole front yard. In Year Two, her sales and profit double. People are starting to talk about the young girl with the popular stand.

Then, in Year Three, something important happens. A friend from across town -- Olivia -- asks if she can sell from Lilly's yard. In return, Olivia will give Lilly a cut of every sale she makes.

Year Three goes well. The two girls double total sales again, but Lilly is beginning to realize something: Her front yard stand is so popular now, she could make way more money by just renting out her front yard and inviting other friends like Olivia to sell their lemonade there. 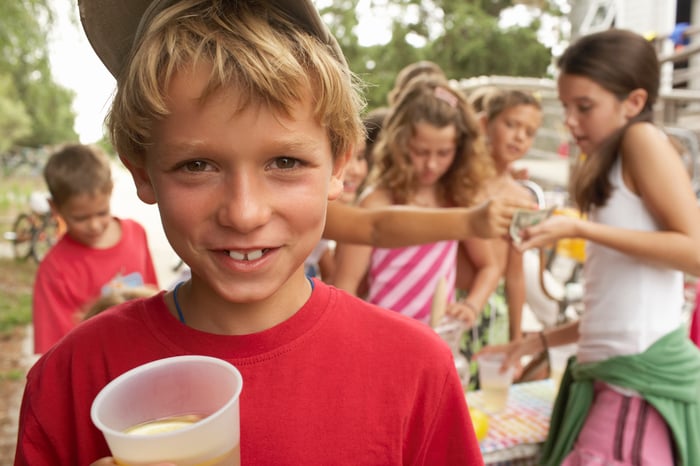 You'd be smiling, too, if your "lemonade stand" was this popular. Image source: Getty Images.

Lilly will provide the cups and the yard space, but that's it. Everything else her friends are paying for. And because of her leverage, she's now getting a larger cut of every sale.

Intrigued by what's happening in the front yard, Lilly's parents ask to see some financial statements. She shows them how much money she's collected (her revenue) each year.

At first blush, instead of a raging success, it actually seems like Lilly's running into trouble. Since Year Two, revenue has been falling. 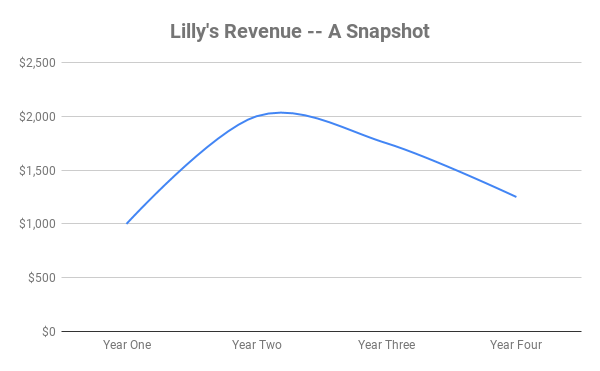 But that's not the whole story. Starting in Year Three, Lilly stopped focusing on selling her own lemonade and started focusing on renting out her yard.

Tons of money was exchanging hands in her yard. In accounting, this is known as gross merchandise value (GMV). But money passed from customers to Lilly's friends, without Lilly ever taking part. She just collected her take.

Sure, the amount of money she was collecting was less -- but outside of cups, she had zero expenses! When she plugged in her profit (in addition to her revenue), her parents got a much better view of what was happening. 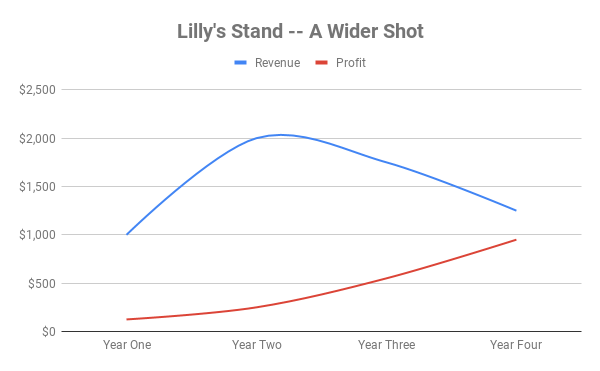 Plugging real numbers into our story

Of course, this is a massive overgeneralization when applied to what's happening at Amazon. But for beginning investors looking to wrap their minds around the dynamics at the company, it's an important analogy.

Amazon has spent decades building up the infrastructure for its "Everything Store" -- a single spot on the internet where you can buy anything. Those investments include software for the website and a sprawling network of fulfillment centers for two-day (or, now, one-day) delivery.

Amazon.com is the fourth-most visited site in the U.S., according to Amazon, and the company's ability to store and ship packages -- thanks to the fulfillment centers -- makes it a very efficient operation.

That popularity and convenience make it (like Lilly's stand) a valuable place for businesses to list their products. Companies that sell stuff on Amazon but aren't part of Amazon are known as third-party sellers and they often choose to pay Amazon to list, store, and deliver their goods.

How popular is this option? Using a simplified version of data that founder-CEO Jeff Bezos provided in his most recent annual letter, the growth of third-party versus first-party (Amazon) sales looks like this: 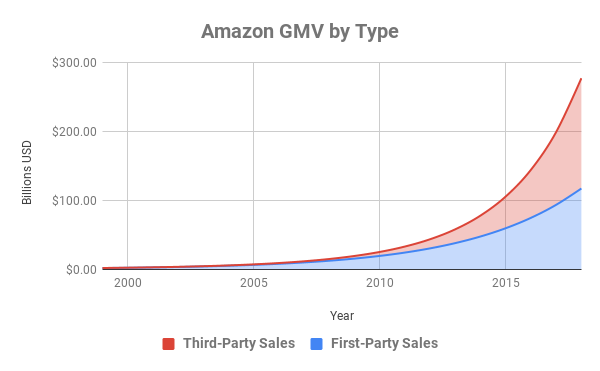 Data source: Amazon 2019 letter to shareholders. Chart by author. Only starting and ending points are exact, other figures are interpolated geometrically.

And according to a March article in Internet Retailer, it's telling some of its first-party providers -- the businesses that make things branded as "Amazon" products -- to switch and become third-party marketplace sellers.

Unfortunately, we don't have all of the numbers from Amazon to know where all the moving parts are. Here's what we know, and what we don't:

If you're looking for a narrative to encapsulate it all, I would say this:

For 25 years Amazon has said it was optimizing for long-term free cash flow, but it was spending so much money to capture market share that cash flow was only modest.

We might be starting to see Amazon flipping a switch. It's now leveraging its powerful position in both its website traffic and fulfillment network. That doesn't mean top-line growth is disappearing, but it will probably be less dramatic.